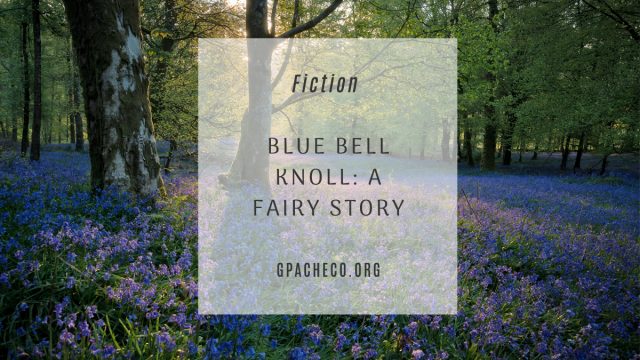 Once upon a time – because all good fairy stories start out like that – there was a little girl.

The little girl was blessed with hair as dark as the time before dawn and eyes like the blue in your sky. She was little, but not too little, and young enough to be born last and treated forever as such.

Her father was King Ivo, known affectionately throughout his kingdom as a silly drunk with good friends who managed to keep his kingdom afloat. He spied his puppet wife on a pedestal and urged the court magicians to bring her to life.

Their eldest child – a girl they named Charis – was a countess that slept with the stars that fell from the sky, captured by her own exquisite beauty.

Her brother Prince Oomingmak chased after the nubile young maids in the country meadows and ate the stars sleeping in the heavens.

The little girl thought her family was normal, having never been exposed to anything else. In her world, you never conversed with the slaves.

The little princess spent her days studying under a successive line of governesses. They were usually banished from the kingdom when they succumbed to the throes of passion under Prince Oomingmak. She spent hours trying to make her sad mother smile with her playful words. She stayed as far away from her busy lush of a father. The little girl silently observed her ill-behaved sister.

Her epiphany came in the form of her playmate, Solstice. The little girl was confused by the education she was receiving from the new governess Crystalline, a progressive thinker. The little girl named Muse followed the lady to the outskirts of the kingdom. The people here spent their lives bleeding into the earth to make it grow.

Wearing the colors of the royal family, Solstice knew who Muse was. But Solstice did not think twice and invited her new friend to dinner. Muse watched in fascination as Solstice’s family spoke loudly during their dinner together. They made messes of themselves. What made Muse so blissful was that after dinner, they played hide and seek by the light of the moon until they fell over from exhaustion. They toiled away in the fields all day, gathered together every night for dinner, and played hide and seek in the twilight.

Muse began spending more and more time away from her family. The dinners in the royal house were silent. You did not speak unless you were spoken to. They only ate as a family if the king was sober enough to commission their presence promptly at six in the evening.

Her beautiful mother, carved into life from sugar, sex, and woodland magic, smiled and did whatever the king told her to. She never spoke a thought that belonged to her, if there was space in her empty head for one.

If her brother wasn’t too busy lying down with the stout farming maids and creating illegitimate heirs that would never see a penny of their birthright, he would arrive and last the whole dinner with a sour look on his handsome face. He could spend days surviving only on the stars he devoured, dripping down his chin like tears from a weeping angel.

And their sister – the dearest Charis – was no better. She had outgrown Muse only months before, having discovered that a wink of her eye and a switch of her hips could have a fallen estoile falling over themselves. Muse did not know that her family was not normal.

But Solstice assured her that all families were different. Muse wanted to know more and begged for an audience in front of her father. Muse bravely presented her case. She asked to delay her official princess training and her coming-out ball to do research on families and how they behaved in their kingdom and in every kingdom that she could find in her travels.

The king and his men merely laughed in her face and sent her away from their smoke-filled war room. She was due to receive her official title at her coming-out ball (the king’s advisors were leaning toward Duchess), and a title would help with her marriage prospects to another blue-blood. To delay such an action would be nonsense. It was completely out of the question.

Within the next day, Crystalline was banished from the kingdom for straying away from the curriculum of conformity and pacification, a long-held tradition taught to the kingdom’s princesses. Muse was destined to marry whomsoever her father chose for her, and she was to want for nothing more.

Her sapphire eyes burned with sadness as she watched Crystalline being escorted away from the castle. Muse knew what she had to do. She packed a small carpetbag and left behind her selfish family like a thief in the night.

With Solstice’s limited magical abilities, she saw Muse on the road leading away from the castle in her dreams. Running blindly in the dark, she asked to join Muse. Solstice was but a child, and Muse did not want to be responsible for a child younger than herself.

But Solstice told her that she was meant to follow Muse, and she would not leave her side. Muse begrudgingly agreed, and together, they traveled for many days and many nights.

Those days and nights became weeks, months, and years. The king knew the sudden disappearance of his youngest was his burden. He spent so much time looking for his lost daughter that his kingdom fell into disarray, and was invaded by their sworn enemies, the Athol-Brose. He died in the final siege of the castle.

Her mother died of a melted heart, upon being told that her youngest daughter had fled their kingdom.

Her brother was tricked into marrying a princess from a neighboring realm. They say his mother-in-law forced his bride to pretend that she was a country girl, and seduce the prince into impregnating her. He was allowed to live by the Athol-Brose, so long as he stayed away from his rightful kingdom and did not muddle with their affairs.

Muse and Solstice found that all families truly were different. No one questioned deeply why these two young girls were traveling together but housed and fed them just the same.

One day, they came to Prince Eperdu’s kingdom, called Teranium. He was a handsome prince charming. He had heard stories of a lost princess with cerulean eyes. She had been a key player in his dreams of late.

When he saw her during his daily constitution into the crowded marketplace, he began following her and her companion, a red-haired beauty. It was in the pub when Eperdu realized who Muse was.

Over tall glasses of water – Muse had a natural disinclination toward anything stronger and Solstice always followed Muse’s lead – Eperdu broke the news of the dissolution of her kingdom.

Muse was frightened and tried to think of a way to rescue her kingdom. She felt selfish for turning her back on her family, though Solstice reminded her that it took her exodus for them to realize how much they loved her.

Eperdu insisted on raising his kingdom’s army and helping her take back what was rightfully hers. But Muse thought more and knew the only way to restore her kingdom to its former glory was to bring her family back together.

Eperdu and Solstice followed her home.

First, Muse went to the Kingdom of Honey to retrieve her brother. His princess insisted he adopt the rest of his illegitimate children, and they had eight children – two heirs, and six adopted – between them. Her nieces and nephews embraced her with smiles and kisses.

Prince Oomingmak was scared of taking on the brutal Athol-Brose. He explained to Muse that the only way he was allowed to live was to stay away. But Muse argued that their family had become selfish and self-centered, which led to their downfall. Had his new family not taught him that?

His wife, the Princess Pandora, agreed. Her husband had come to her in a nasty intrigue conceived by her mother, but through the years, they had come to love each other. As the head of the House of Honey, Oomingmak assembled his kingdom’s army.

Next, Muse, Eperdu, and Solstice went to Charis and her house of pleasure. Staffed mostly by former slaves and her own handmaidens, Charis broke down and cried like a baby when Muse stepped through her door. Muse had inherited their mother’s beauty in the years they had been apart. For the briefest of moments, Countess Charis believed that their mother had come back from the dead. Muse assured her that this was not the case, and charged Charis with a ruse.

Two days after Muse’s arrival, word spread through the loyal people of the former kingdom that the prodigal princess had returned for what was rightfully hers. It took a week of clandestine planning but Muse’s plan went off without a hitch.

The ladies of the Maison de Rendez-vous seduced top members of the Athol-Brose cabinet as well as any Athol-Brose soldier who came through during the week after Muse’s initial arrival. The companions poisoned their vicious overlords with oil of moonbeam, lethal enough if given enough.

The Army of Honey descended upon the weakened Athol-Brose kingdom and laid waste to whoever was left. Only one survived. He was a child slave that Muse spared because the child held the same innocent demeanor amongst the pain that had enveloped the castle. She adopted the child as her own, and named him Ivo, for her father.

Her brother refused to take his place on the throne, saying that the Kingdom of Honey was enough for him. The two kingdoms began a permanent relationship as allies and partners in commerce.

Charis continued to run her house of pleasure, saying she did not want the responsibility of running a kingdom. Through the Countess’ guiding hand and good works, she made companionship a matter of prestige in the kingdom and beyond. Only the most beautiful and educated women were allowed to work at the Maison de Rendez-Vous.

Muse took her place on the throne with Eperdu as her king, Ivo as her heir apparent, and Solstice as her head of the house. Muse invited Solstice’s family to live and work in the castle. Soon, the castle was filled with childish laughter that lifted the very rafters of the ceiling, as Muse gave birth to seven children.

Of all the things Muse’s tenure as queen was known for throughout the years was the dinners the royal family held. They were legendary to their foreign guests, friends, and acquaintances, peppered with loud conversations, bottomless goblets, and endless trays of delicious food cooked by well-known chefs from the kingdom. It was here and only here that Muse felt the most complete.