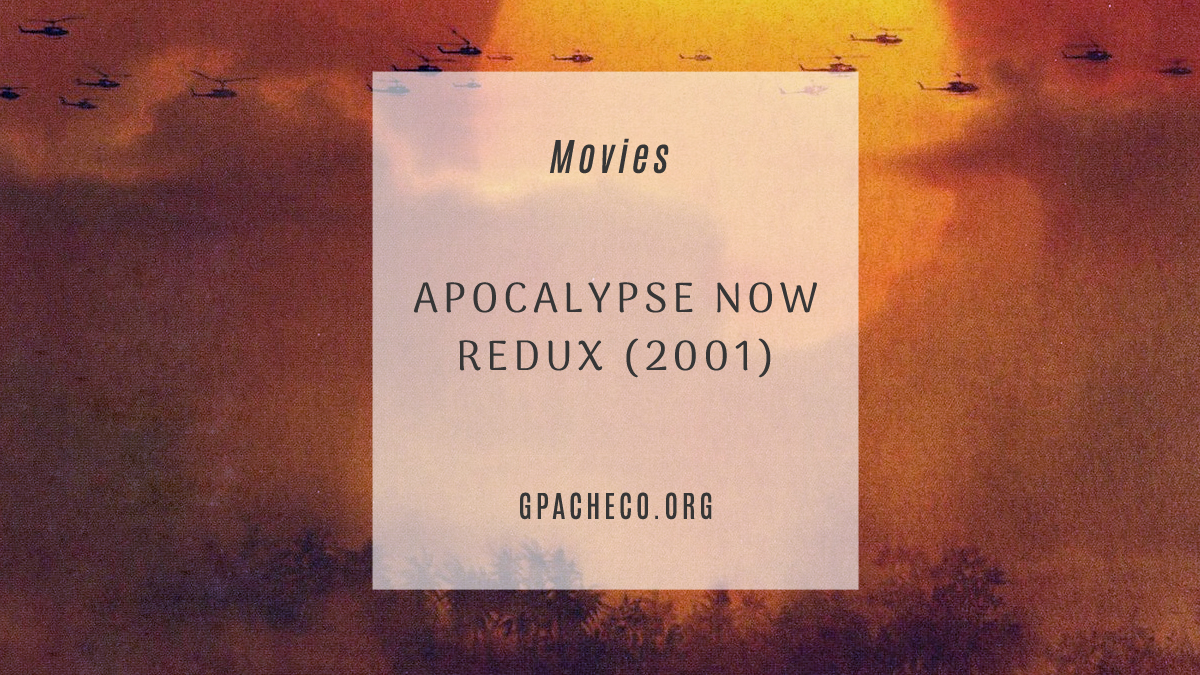 I wrote my final paper in my Senior Seminar on the effect of photographs on the war effort in Vietnam. I wanted to somehow include films – which gave me the excuse to watch movies for the next few months. When I did my initial research, Apocalypse Now (paid link) and The Deer Hunter (paid link) would show up in my searches constantly. So I decided to watch them.

Knowing what I know about movies in general, and because of the age in which I watched it, I feel that I’ve seen the plot of Apocalypse Now elsewhere. I haven’t read “Heart of Darkness” (paid link) by Joseph Conrad, on which the film was more or less based on.

I love the smell of napalm in the morning. Smells like…. victory.

Robert Duvall is brilliant in this movie! His short appearance sets everything up for the rest of the film and you know it can only go downhill from there.

Random aside: my dad served under the officer who first deployed napalm in Vietnam. We think Dad’s exposure to the napalm in Vietnam aggravated his diabetes. His diabetes wasn’t diagnosed until he got back from his tours. So when I saw that famous monologue, my heart kinda broke.

We produced these soldiers. We train them as best as we can, but ultimately, they have to make knee-jerk decisions on the battlefield. I have so much respect for people in the military because of that. People don’t know what these men and women have to do in the heat of the moment. I’m not sure I could do the same. But I trust them to make the right choice.

Of course, the original film was released a scant four years after we left Vietnam officially. The wound was fresh. It still is, especially with the prolonged wars in Iraq and Afghanistan. We compare those wars to Vietnam all the time.

The lasting impression it made on me was would I let my demons eat me alive as they did to Willard and Kurtz? I love it when a movie leaves me with questions because it makes me take a deeper look at myself. Not a lot of movies do that anymore.

So I would recommend watching it if only to know what it was like in-country. Apocalypse Now gets under your skin and won’t let go. I wouldn’t say you come away with a lot because it ends pretty succinctly. But it definitely makes you question life in general.