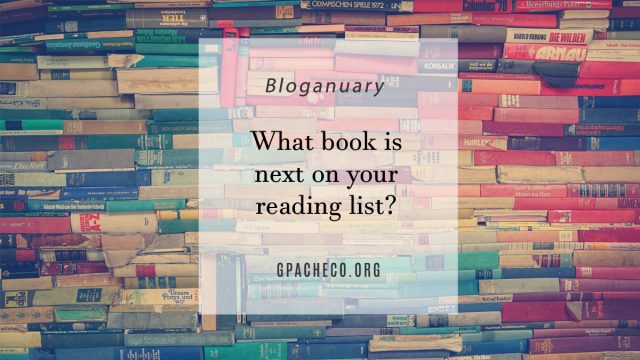 According to Goodreads, I’m reading the following:

Truthfully, I’ve had the Cameron, Butler, and de Pizan books on my list for a few years. I do want to finish them as they are great books for as far as I’ve gotten through them. It’s not a reflection of them as writers but for me as a reader. I lost my reading mojo, and that’s not something you’re supposed to admit to anyone – especially yourself – as a writer. I lost my writing mojo except for a handful of bright spots. The pandemic has not made it easier. But I am holding myself more accountable for following through in 2022.

Eventually, I will finish them because I want to keep my critical eye sharp by posting reviews to my new blog, Bookgaze. Ta-da! This prompt could not have come at a better time.

The Cameron one I always start and let it inspire me and then I kind of let it fall to the wayside because a lot of the emotions bring up nasty things. I know that establishing habits is what will make this creative journey of mine a sustainable one but it feels like a chore. I can’t seem to buckle down and finish the exercises. And it’s not a knock on the book. I want it to work for me. There’s no reason why I can’t get it to work for me.

Butler is such a visionary voice in science fiction. For as much as she’s lauded, a lot of people forget to give her what’s due. Again, no real reason why I haven’t gotten through it. It’s not like it’s a terribly long book. I guess there’s a part of me that says I could be doing something else with my time but then I don’t go and do it and I get lost on social media again. And for what?

I took Medieval English Lit for undergrad where my professor suggested Christine de Pizan. I believe we read excerpts of the book but it was never assigned. I went and purchased the book not long after taking the class, thinking I would tackle it eventually. I sold my hard copy and scooped it up for my Kindle. Which then moved to every subsequent Kindle I’ve owned since but I never cracked it open (so to speak). I decided to take it up during the panini. It got really good… and then I got distracted by other books. This one is a fair bit longer than Cameron or Butler’s so there’s that hump to overcome as well.

OK, Boomer was recommended to me by a fellow I follow on Twitter. It’s a good read so far.

Lady Be Good sort of straddles the line between fiction and non-fiction. I don’t want to give too much away as I’m due to write a review soon. But that’s my takeaway so far.