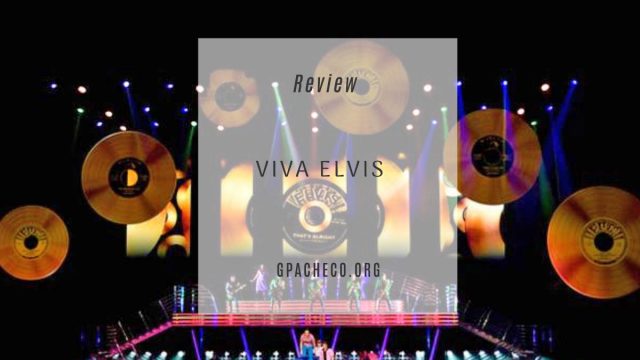 I enjoyed the show, only because I love Elvis as a pop culture icon.

I do like the fact that Cirque de Soleil produced the show specifically for Vegas. I think the joining of the two was a great idea.

However, the show might’ve played better if this was thirty – or even twenty – years ago.

Watching it reminded me that no one like him represents Vegas anymore.

The dichotomy of the two themes is a recipe for disaster.

We don’t have iconic, bombastic figureheads as we did in the old days. Instead, it’s a nameless, faceless place. Corporate overlords drive it, and that’s been the norm for years.

Another show could do well in Aria’s showroom, not Viva Elvis.

It’s an abstract Cirque show, not this fun, breezy representation of the juggernaut that is Elvis.

I’m editing this to add that Viva Elvis closed about two years after I originally wrote this review, due to low ticket sales. I figured as much. Zarkana – another lovely Cirque production – took its place, until Aria decided to do away with a house show and focus on their convention center. Things don’t last long unless they’re making someone money. That’s the state of affairs here in Vegas.