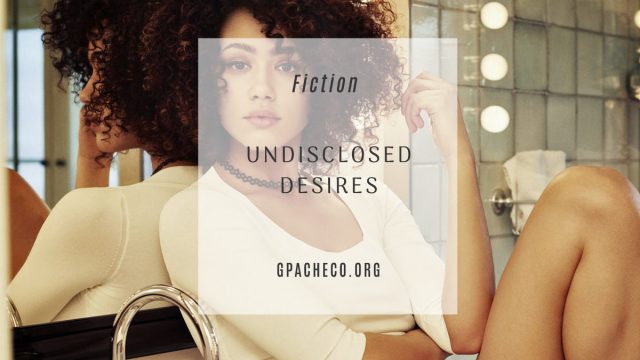 She instinctively reached out for him, her ranger.

Behind her closed eyes, she realized he was not there. The room was dark, but she could see the lights from the street below filling the room. The clock on the wall stated that it was 5:43 AM.

Max – senior-aged at this point but forever a puppy – snuffled in his sleep at the movement of his mistress.

She whispered in the dark, “Herc?”

The lines in his face are deeper, craggier if that were possible. But it was him. He was leaning against the floor-to-ceiling window frame, cool to the touch from the seasonally cool weather. The sun was not yet awake, but it was getting there.

He watched quietly as the city sleepily awakened beneath him. They had won the war. He knew it was his burden to carry the scars he received in this lifetime. Did life go on for them like it was supposed to for him? He wasn’t so sure.

It was in the darkest part of the day – that fundamental space in time where the heart would stop to take a breath – that he would replay the last words he ever heard his firstborn speak.

He could swallow the grief, push through and continue. But, other times – like now – he was completely overwhelmed, struck mute by the horrors.

Artemis waddled through the carpeted bedroom, where she embraced her husband from behind. Max begrudgingly followed her and plopped down on the floor next to them.

Her burgeoning belly poked him like a pillow on his lower back. His arms dropped to accept her embrace from behind. She kissed him gently on his shoulder blade, as high as she could reach.

“Can’t sleep?” she asked softly, peeking from around his side.

She waited for him to speak his mind. He was grateful for her patience. If drifting were possible in civilian life, Artemis would be his co-pilot in the Jaeger of reality.

Artemis squeezed him tighter. “How do you feel?”

“You’re not lost when you’re with me.”

There was an earnestness in her cliched words. Anyone else in the world could speak them – the scores of therapists he was required to see, and the last of the rangers, the ones who suffered as much as he did – and they would fall deaf on his ears. But in her words and her genuine smile, he knew that there were truth and love.

She looked up at her husband with his big, sad eyes. She could get lost in those eyes. But, his bravado was alluring, and that’s what drew her in.

She lost her family in the attack on San Francisco. It was a lifetime ago for her now. She was barely 20 years old when the breach ripped open. Wet behind the ears and blissfully unaware of the world at large. That was part and parcel for upper-middle-class children. She did her patriotic duty. There was no one left to tell her no. She rose in rank and chose to stay with the Defense Corps during the war’s waning days.

When the countdown ended, she was allowed to meet the marshal himself. Again, there was an immediate attraction. They were both rangers at the basest level. But the passion was almost unnerving. There was something organic about it, something she had never thought to allow herself to feel.

He was older, his accent was sexy as hell, but he was broken. They both were. She could hear Chuck’s final words in her ear, as fresh as a daisy. Everyone in the Shatterdome did on that day. They poured through the speakers like a poorly built dam after torrential rainfall. Yet, there was hope in his words. That is what she clung to when the memories hit their hardest.

He looked down at his wife fiercely. The courtship had been a whirlwind. Not one year later, they eloped. Not one month after that, she announced she was pregnant with their first child. He silently took in her stomach, grateful that second chances were allowed to old dogs like himself.

She reached up to grasp his face in her hands, encouraging him to look at her. “I am so proud of you. I know that Chuck was proud of you. And this child will know of Chuck’s bravery too. I love you so, so much.”

He leaned down to kiss the lips he felt he didn’t deserve. “I love you more.”

She looked over his shoulder, slightly dizzy from the passion that passed through her lips. “The sun is rising.” He placed her so that she was in front, kissing her neck. Together, their arms embraced her stomach, and they silently watched the sunrise together.

Neither one heard the vibrating mobile phone on the bedside table. Instead, the name on the caller ID read Newton Geiszler, a name they had not heard from in a very long time.