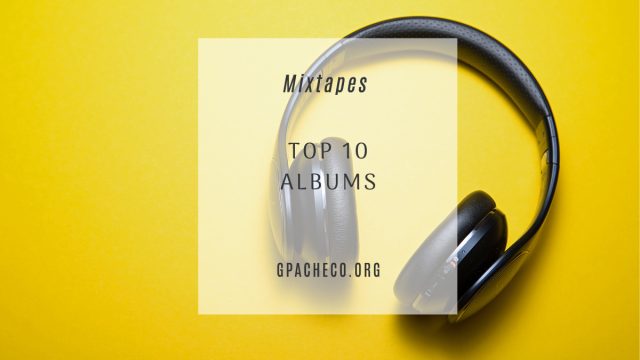 This was a meme a while back. These are the albums that had an impact on and/or influenced me over the years. I kind of wanted to build on why I chose them as the original meme didn’t allow you to explain yourself.

I’ve written in the past about how much this album means to me. I love this album so much. It’s a part of the very fiber of my being.

I’m not going to lie. *NSYNC literally saved my life. I was in a very dark place when “I Want You Back” premiered. They were there when I needed them, and I can tell you where I was when their albums came out. I feel like my generation was the last to really live through the hype of what a successful physical album release could be.

I feel like Janelle and I would get along if we ever met. I’m heavily inspired by Fritz Lang’s Metropolis (as evidenced by her previous albums). Watching the Cindi Mayweather saga unfold is everything I ever wanted as a creative myself. Dirty Computer is the culmination of accepting who you are and celebrating it.

Boyz II Men were such a massive part of my childhood. Right when this album came out and their singles were being played on the radio is when I first started carving my identity through music. I remember chatting to my friends at that age and bonding with them over the songs. Their harmonies still send me when I hear them after all these years.

Ghosts came out at a pivotal moment in my adulthood. Shiv and I are the same age. She was struggling with her identity as an artist during the making of this record (as well as her previous one), and identity is something that I focus on heavily in my own creative work. This was the perfect concept album of the struggles of a twenty-something right around the time when the Great Recession hit. She captured it perfectly in this record.

Another pivotal moment was when I first moved to Vegas. I was born and raised in Northern California and, again, my identity was in upheaval. I didn’t know who I was, what I wanted from my life. Hot Fuss helped me dance through my depression and I founded TKO: The Killers Online as a way to channel my fandom. I’ve found people on that forum that I’m still friends with to this day. I’m grateful that the Killers brought us together.

I think that M!ssundaztood is the last P!nk album that I was on board for, but again, as a concept album, she nailed it. She was struggling with reconciling her troubled past and trying to look forward to a brighter future. Get the Party Started was such a vibe, still is. Lonely Girl is that song.

What a massive album. It was hard to choose between this one and Butterfly. But I think Daydream was the better album from front to back. Looking In still sends chills down my spine because that’s how I’ve always felt about my place in the world.

Gwen Stefani was my everything when this album came out. I used to sign my yearbooks, “AKA Gwen Stefani” because I wanted to BE her so badly. I haven’t followed the band or her solo career as voraciously. But this one will always have a special place in my heart.

Sophie is literally the perfect artist. She can inhabit different genres, even though upbeat pop is her forte, and make magic with every song. This album – I think – is my favorite of hers, and made me genuinely appreciate modern disco-pop. Obviously, Kylie Minogue originated it, but Sophie has a great vibe that comes out with each song on this album in particular.

If you had to choose 10 albums, what would you choose?