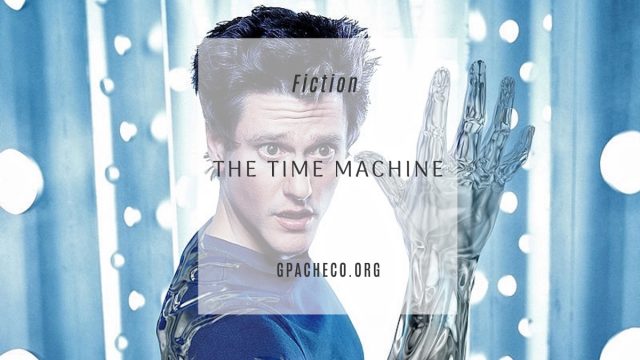 Darien Fawkes approached the Keeper’s lab in search of another discussion on getting the gland out of his brain.

“Claire? Hey, Keep, ya in here?” Darien called. It was a literal ghost town in the Keep. “That’s strange.”

He began asking around to no avail. Finally, he was able to get the slightest hint from Eberts. She worked on a “top secret” project for the Agency and would be unavailable until the end of the week.

“Curiosity killed the cat, Fawkes. So when they say ‘top-secret,’ they mean it,” Hobbes warned.

“Well, you know what that means to me?” Darien asked his partner loftily.

“What?” Bobby asked, knowing full well what was coming.

“Fawkes, c’mon. The Fat Man will have you toasted,” Hobbes warned him again.

“In that case… I want to be served butter side up, please,” he said in reply, his voice fading away.

Not being a slave to counteragent had its perks. But doing a little invisible peek to quell his insatiable curiosity was a huge plus. Hobbes was able to pinpoint Claire’s exact location, deep in the bowels of the Agency.

Efficiently bypassing the Agency’s lame security measures with his boundless skills, he was able to slip into the room undetected. Claire and many important-looking scientists crowded around a colossal mechanical apparatus with seats, levers, buttons, and other strange instruments attached to it. Fawkes tried to comprehend their scientist-speak but couldn’t. So instead, he tried to understand by watching.

One scientist remarked, “Is it cold in here or what?”

Another shivered and replied, “Yeah. Turn the heat up a bit.”

The first said, “The temperature must be steady for the project. Otherwise, all of our data will be for nothing.”

Finally, Claire spoke up. “Please, guys! We cannot get lost in arguments. We are so close to completing the time machine; I can taste it!”

“How much did you see?” the Official asked.

“I swear I didn’t see anything, Chief,” Darien replied.

“You must have seen something. You were standing there quite a long time, from what I can tell,” Claire replied.

“Darien. What did you see?” The Official asked again, his portly frame towering over Fawkes.

“I did not see anything,” Darien replied again, drawing out each syllable.

“Eberts!” The Official said. Eberts promptly dropped a thick stack of papers on the Official’s desk.

“What’s that?” Darien and Claire asked in unison.

“Confidentiality agreement. Since Darien is unwilling to share the full extent of his surveillance, this is a reassurance to the Official and this Agency that should enemy forces capture him; he will not divulge the information under extreme duress,” Eberts explained.

“What? Hell no, I’m not signing that,” Darien argued.

Fawkes cracked. “I know you’re building a time machine! So what’s the big deal?” he exploded.

The Official grunted his approval. “No big deal,” he said, chuckling in such a way that he meant more than he was saying.

“Claire, he’s scaring me. What isn’t he saying?” Darien asked.

The Keeper sighed. “The Agency’s understaffed, as you know,” Claire began. Fawkes nodded; this was not news. “The Official has volunteered you and Bobby as participants in the maiden flight of the time machine,” she explained.

Charlie paused in mid-chuckle and replied, “Yes, I can.”

Forty-eight hours later, Darien and Hobbes were being strapped into the time machine.

“Hey, guys? Where are you sending us? ” Darien asked the scientists.

“Can’t tell you,” one replied.

“Darien, stop. We’re not going to tell you,” Claire said from in front of the time machine.

An attractive scientist was strapping in Bobby and blushed when she found Hobbes watched her intently.

“Hey there, beautiful,” he whispered.

“Hi,” she whispered back.

“Yeah. They hired me for this project,” she replied.

“Bobby Hobbes,” he introduced himself.

“So, where are we going?” Bobby asked her.

“Oh, I can’t tell you that, Mr. Hobbes. I’m sorry,” she said apologetically.

“Please, call me Bobby,” he replied gently. She grinned.

Paige pursed her lips. “You can call me Paige,” she replied. Her voice dropped to the lowest octaves.

“Our target destination for this flight is to Dallas, Texas, when President Kennedy was shot,” she murmured.

“Is this going to hurt at all?” Darien asked them.

“That’s why you’re our guinea pigs, to let us know what happens,” the Official interrupted, patting his shoulder.

“It‘s not supposed to Fawkes,” Hobbes reassured him.

“Ready!” Claire called from her place in front of the time machine.

With the pushing and pulling of several levers and buttons, a bright flash of light blinded them all. Darien and Bobby screamed in terror. Then suddenly, the time machine shut down.

“Hey, this looks just like the Agency,” Hobbes said.

“That’s because it still is! We didn’t go anywhere,” Fawkes complained.

The scientists scurried around to see what had happened.

“Oh, sorry! My bad,” one scientist said, emerging from the bowels of the machine.

Fawkes and Hobbes had no clue what was happening, had happened, nor did they care. Their opinion didn’t matter, so they knew they had to suck it up and hope for the best. Claire once again pushed and pulled the main lever, and another scientist pressed the necessary buttons.

This time, the blinding flash of light transported them to a long, long time ago, in a galaxy far, far away.

They had landed in the middle of an arena full of giant ugly monsters. Hobbes and Darien could see Anakin Skywalker, Padme Amidala, and Obi-Wan Kenobi tied to posts in the middle of the stadium from their vantage point in the back. In front of them was Mace Windu, and the other Jedi surrounded them.

Wearing traditional Jedi robes and holding blue and green lightsabers, Hobbes and Darien stared at each other in awe. “Fawkes! Is this what I think it means?” Hobbes asked.

Just then, the battle began. Darien held his hand up and used the Force to get a fallen Jedi’s lightsaber and kicked some droid ass.

“Fawkes! Behind you!” Bobby cried as an errant blast headed for his partner. Without a second thought, Hobbes used the Force too, sending the blast towards a group of droids.

“Hate to say it, but we’re outnumbered,” Fawkes yelled to Bobby.

“I know!” Hobbes screamed towards Darien’s general direction, helping a fellow Jedi fight off another wave of droids.

“But we’re fighting for the Republic, remember?” Fawkes replied.

Holding up their lightsabers triumphantly, they yelled together in one voice, “For the Republic!”

The Dynamic Duo charged back into battle. The Jedi were taking heavy losses and needed a miracle.

Just like in the movie, they snuck into invisibly weeks before, Yoda showed up with the clone army and lifted out of the arena and into safety. Before they could speak, a bright flash of light transported them back to the Agency.

“It was so intense! I was Luke Skywalker for fifteen minutes!” Darien exclaimed happily.

“Yeah, both of youse got hair issues,” Bobby explained.

Before they could continue arguing, the Official held up his hand and interrupted them. “So you mean to tell me that our time machine isn’t a time machine? It zaps people into movies?” he asked.

“From what the boys’ report, sir, yes, I’d say so,” Claire replied.

“Go back to the drawing board,” Charlie instructed. Claire nodded and prepared to leave. “Find out what went wrong,” he added.

Hobbes and Fawkes followed after her like a couple of excited puppies.

“Claire! It would be best if you had been there. Bobby Hobbes was kicking some droid booty,” he preened.

“Someone hurt one of the Jedi, so I used the Force to get his lightsaber,” Darien added gleefully.

“Well, I’m glad you two had fun. I don’t know which calculation screwed up,” Claire said, heavy in her thoughts.

“Don’t worry so much, Claire. I’m sure you’ll get it,” Bobby told her helpfully.

“We’re not on duty for a couple of days. So let’s go see ‘Attack of the Clones’ again!” Darien shouted.

“Whoa, calm down there, my friend. One of these days, you’re going to find yourself outside a theater wearing a Chewbacca costume, wondering what happened to your life,” Hobbes warned.