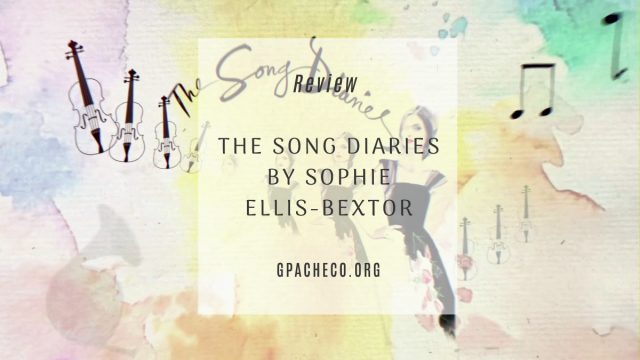 Of all the pop girls that I’ve listened to from the U.K., she has consistently put out high-quality music since she went solo from her band, , in 2001.

My favorite song of hers is If You Go from the “Trip the Light Fantastic” album. It’s sonic perfection.

There isn’t anything that she’s put on her albums – and I’m talking deep cuts like Let’s Get Physical – that haven’t found a space in the jukebox of my heart. That’s how much I love her.

Just as I was going through serious withdrawal after the release of Familia, she announced her pregnancy with Mickey. She then hit us with the news that she was releasing The Song Diaries, orchestral versions of the hits from her back catalog, and a few surprises.

I watched her Instagram with bated breath as she kept throwing out teasers of her in the studio and her promo tour. I can’t wait to see her live. I’ll be one of the only Americans in the crowd screaming the lyrics!

The final tracklisting is loaded front to back.

You don’t need to be a fan of Sophie’s previous work to enjoy this album. I feel like it’s even a good introduction to her stuff. You get a little bit of every album era, but with the fresh sheen of an orchestral version.

Her vocals absolutely SHINE on every track. I could seriously sit here and tell you to listen to the restraint. She knows her strengths lie in her vocals, but she doesn’t lay it thick, which is the trend in pop music.

Her creepy songs, like “Catch You” and “Love is a Camera,” are fantastic with the orchestral backing. That’s another thing that I love about her. She deeply explores stories that you don’t see in pop.

I love the spookiness and ethereal this version of “Move This Mountain” sounds. The original is an atmospheric love song, but the orchestra elevates it. I almost wanted the strings to be bolder. Also, when they pause before the bridge (“take this chance/I won’t repeat it”), I wanted a cleaner drop before Sophie kicked in her vocals. The backing choral style vocals towards the end are pure frisson, too, whew.

I love that she tackled “Love is You,” the disco track that was the sample for “Groovejet.” Her interpretation fits perfectly too.

I was surprised by how restrained “Bittersweet” sounded in this style. I think it’s the perfect yin to the uptempo disco yang of the original.

Her additional orchestral disco versions of “Take Me Home” and “Murder on the Dancefloor” are instant classics.

Her cover of “I Feel It Coming” by The Weeknd in the same orchestral style was such an inspired choice to promote the album too.

Fan or not, I encourage you to check out The Song Diaries; let me know in the comments if you will! And if you already have, what’s your favorite cut?