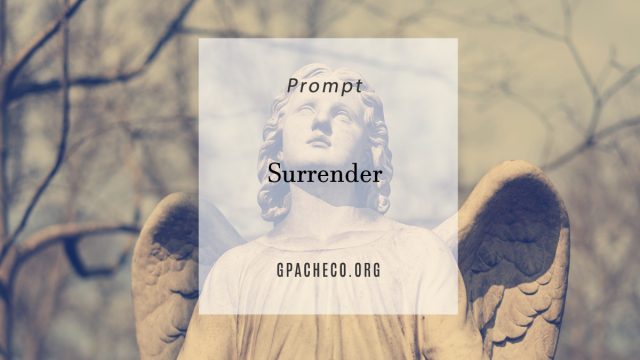 She had mental tasks to knock off her list before she left the house with her Golden retriever, Chester.

Garage door opener in case the keypad didn’t open. A spare poop bag. Her cell phone. Her earbuds. The walking leash with the attached fanny pack cinched to her thick waist. Her old-school Asian grandma would appreciate the meat on her bones. Meant they were well-off in their culture. Too bad it didn’t attract anyone cuter than a seven.

The weather was cool. That meant a light hoodie. Slim-fit black sweatpants.

She hated the feeling of cold ears, so she had her gray skier headband carefully covering her tools of aural perception.

She strapped on her walking shoes as she walked past her mother’s white SUV and her squat, silver Nissan Sentra.

Chester was antsy, huffing, puffing, pulling her towards the door.

Red cars, silver Jeeps, and black trucks filed past them, returning to their homes after a hard day at work, being humans, and paying taxes.

The neighborhood was falling asleep. The ripe evening air cooled her nostrils dry as Chester stalked his favorite spots.

She flicked her eyes at her watch. The pedometer said 1.45 miles as they came upon their home. Another daily goal was met.

The door groaned and squeaked as it rose to allow them to enter their home. She blinked and raised her eyebrows.

It smelled different. There were two different cars inside. A white Tesla Model S and a matte black Hyundai. She blinked in the harsh overhead light. The water softener was missing. Dad’s workbench that had followed them since Sunflower Court.

She tested her key in the door. It worked. She fumbled for the light switch.

‘This must be the wrong house,’ she said.

The layout was incorrect. She walked into a mudroom that led to a dining room. Her home opened up into the living room from the garage. The colors on the wall, the furniture. This wasn’t right at all.

“Yeah?” she responded, her voice muffled by the distance.

“Um, did something happen while we were gone?” she hollered, unhooking Chester from his harness.

A small body sauntered downstairs and screamed. She turned and saw a tall white woman with long, crinkled dirty blonde hair, her face wrinkled in confusion. Definitely not her tiny Asian mom. Chester bowed and started barking loudly, keeping his body between the woman and his owner. The woman ran back upstairs. “Call the police! Honey!”

“Oh my god, I’m so sorry!” she said, pulling on Chester’s collar. She ran through the mudroom, pulling Chester back out of the door and into the garage.

She hit the button on her remote, but the door took its sweet time reopening. She could hear the sirens already, which immediately filled her with dread. She ran away as fast as she could, praying that Chester would understand something was wrong or that she was playing a game and follow her.

They ran and ran.

And ran some more.

The neighborhood was the same one she had lived in for years. It was the same address. The same exterior. She couldn’t go to a neighbor’s; she didn’t know anyone she could trust.

When she was confident they were far enough away, she and Chester crouched down behind a bush. She put the harness back on him. She wasn’t sure why that was her first instinct, but they would do it together whatever happened.

The harsh glare of a flashlight filled her eye sockets.

“Freeze! Hands in the air!”

Chester must’ve processed the tension because he started screaming, barking, and rearing up on his back legs.

“Shut up,” she hissed, pulling Chester close to her.

Another voice, deeper. She didn’t know who to listen to. Her heart stopped working; she was sure of it.

They sat her down on the curb and listened to her frantic dialogue. It was clear that they didn’t believe her story. She hadn’t thought to bring her I.D.; they never left the neighborhood on their walk. They looked up her information on their computer; they couldn’t confirm if they had found her. She heard them discussing what to do with her. She caught the phrase “animal control.”

“You’re not taking my dog!” she screamed.

“Calm down, ma’am. We’re trying to help you,” said one of the cops.

“Maybe I walked into the wrong house? Please, just let me go home. Let me call my Mom, please,” she began to weep. Her insides were bursting from anxiety. Her brain was firing a mile a minute. She unhooked Chester and buried herself in his soft hair. They turned away from her. She took off and ran home, Chester at her heels.

They were halfway down the street before they realized they had flown the coop.

She willed herself to fly home on the adrenaline coursing through her body.

“Freeze!” their chorus of voices rang in her ears.

She ran headlong towards her home, her castle. Same address, same exterior. She aimed the garage remote at the door.

Inside was a white SUV and a squat, silver Nissan Sentra.

The smell of fish frying assailed her nostrils.

“Mom!” she screamed, out of breath.

“Huh?” said a voice. Her mother peeked around the corner, towel in hand.

“The cops are chasing me!”

“What?” her mother screeched. She ran for the front door, shoving Chester aside with her spindly leg.

She hung back, afraid of what was on the other side of the door.

Her mother reentered the home. “I don’t know what joke you’re trying to play on me, Elizabeth, but there’s no one out there.”

“There’s nothing outside. No one. Not a car, not a cop.” The flat tone of her voice made her feel small. Elizabeth hadn’t felt that way since she was a child.

She glanced at her watch. At least 20 minutes had passed.

Elizabeth stood at the vast, open door into the quiet void of the night.