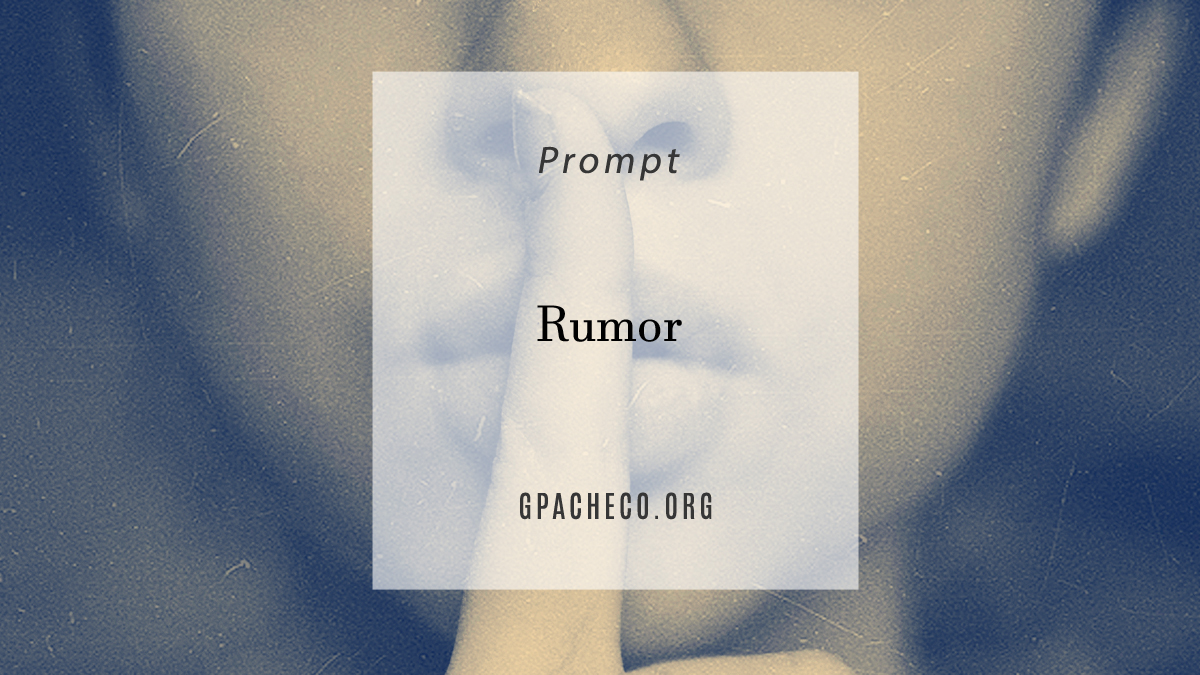 What biological imperative makes us want to consume rumors?

That’s what I want to know.

Secrets, lies, videotape. We feel superior to those who perpetrate illicit situations that have nothing to do with us. Depending on the person, it may trigger their downfall. It may bounce off like a red rubber ball in a locker room. If you know, you know.

I understood from a young age that I didn’t like to be on the receiving end, and even as a child, I knew that if I spoke about it, it would come back to me. Bullies will be bullies, and there will always be someone to receive the brunt end of the stick.

But believing that you were above something never stopped that thing.

You could call me a quiet child, but I had obsessions. One of my first was a maddening crush on a boy in middle school. He was my type when I didn’t even know what my type was.

What is it about junior high and selling edible flowers made of candy? I received one from him in eighth grade to celebrate Valentine’s Day.

I was over the moon, to say the least.

The delivery happened in a class that I didn’t have with him. We had many together because we both were in the school band. I didn’t want to make a big deal of it because something about it wasn’t right.

And my gut was correct. My supposed best friend then bought it for me and signed his name.

The worst part is that once they cracked under the pressure of holding in the secret for too long, they took the flower back. That’s right; they didn’t even let me have the candy. Those bitches.

I said what I said.

It takes me a minute to catch on to things. I rarely offer knee-jerk reactions. I’m serious when I say that their cruelty went over my head at the time. I brushed it off and went about my day.

I guess they thought I would become a gooey example of preteen hormonal energy so they could say in front of everyone in class; no, you idiot, we bought it for you.

It didn’t hit me until much later that their mean-spirited prank was meant to hurt me to my core. I couldn’t understand why they would do such a thing. I had never done anything but be a loyal friend. I would never in a million years follow through on such a vicious prank if the idea ever popped into my brain.

We went our separate ways at the end of that year. The main perpetrator and I went to the same high school but never spoke again. Last I heard, she started having kids before we graduated and worked at Arby’s to support her family.

I hope she’s well, but I also hope she knows that I remember what she did. I’ll never forget it. It didn’t shape me, but it became another memory associated with such a meaningful time. I wish it hadn’t, but it’s funny what unburies itself with enough time and space.