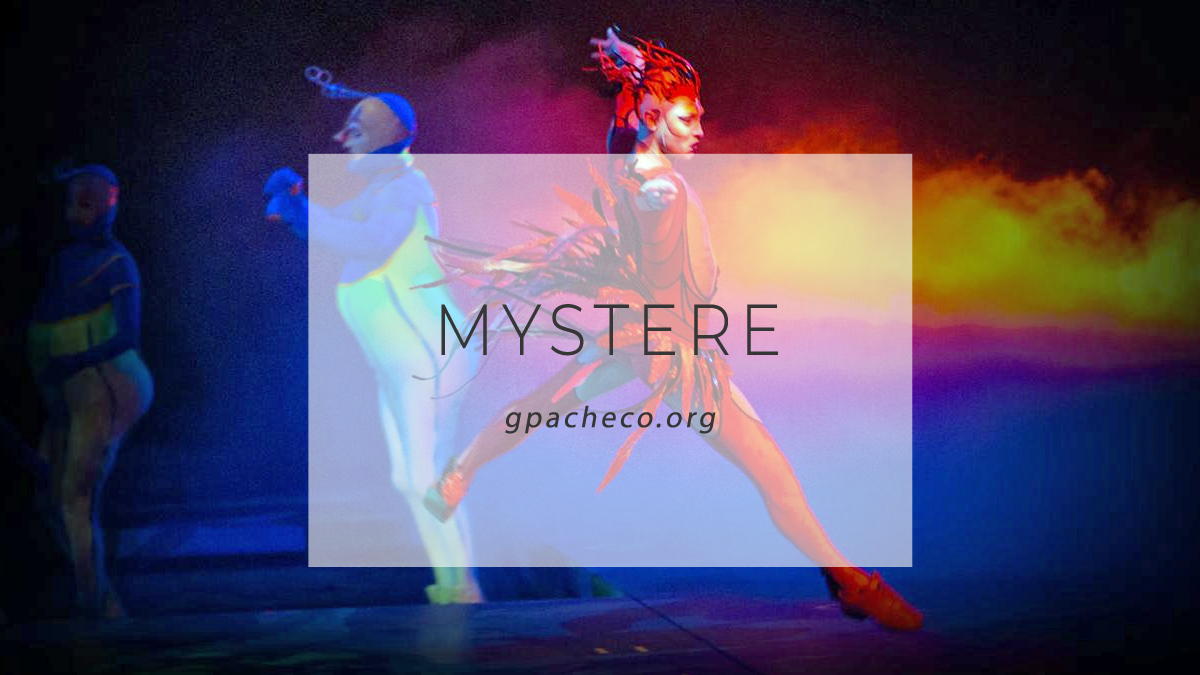 Mystere was amazing. It was a dress rehearsal, but there weren’t any accidents or anything during the show. There was so much going on that I didn’t know what to focus on sometimes. The comic relief was seamless and there to help fill the time in changing sets.

There was one performer that I called la Bebe, which means “the baby” in French, but her actual character name is Bebe Francois. So I was pretty close. She had the baby thing down pat, down to the little laugh and movements.

Then there was a clown caricature without makeup, wearing a messy suit and wearing black Converse. If the website is correct (and they say information changes constantly), his character’s name is Brian le Petit. He warmed up the audience and had his activities during the show. Very funny!!

The music was live too. The setup for the orchestra pit was on either side of the stage. Mostly new age, but it helped the story along. I miss that in live theatre! Spamalot had a fake band in their pit; I felt cheated! And we were too far up at Mamma Mia to see if there was a live band or not.

There was a scene where two guys in green pants did a scene called “Hand to Hand.” They were bendy, and the shapes they created with their two bodies were mind-boggling.

There were loads of audience participation too. Baby Francois chose a woman in the audience early to play with her big ball and called her Mama. Then there was a part where la Bebe stole a golf cart thing and whisked her “mama” away. La Bebe and her “mama” appeared during one of the scenes, later on, riding in the golf cart, and her “mama” dressed like a clownish version of la Bebe!