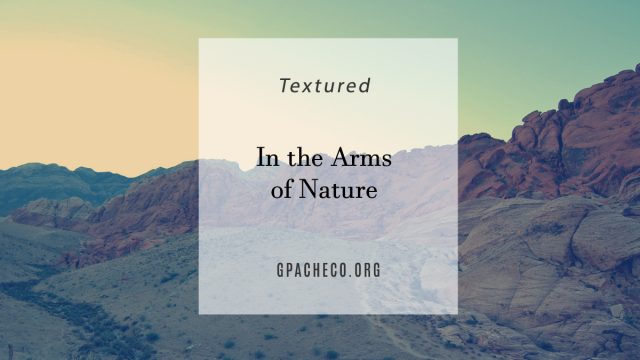 With the rapid increase of computer-based communications in the last twenty years, I feel confident that human nature has quickly evolved to the point where connecting to our natural world has significantly decreased. We don’t take the time to slow down and enjoy the natural beauty that nature and its creatures provide us. Instead, we take over their habitats, destroy our souls, and fear the animals ensconced. If we concede that such beauty is freely available to us, we take advantage and tend to ignore it. In 1854, “Walden” was released by transcendentalist author Henry David Thoreau. He tells us of the self-introspection journey he undertook in the novel. He wrote:

“you only need sit still long enough in some attractive spot in the woods that all its inhabitants may exhibit themselves to you by turns.”

You can learn profound truths if we stop long enough to let nature show itself.

Our awareness of human nature becomes more poignant when examining our current state of affairs. Politics are cutthroat where a candidate is not beneath dragging up their foe’s past to make themselves appear to look better. You’ll have seen this in action during President Barack Obama’s initial candidacy when people demanded his birth certificate. Or even in the current presidential campaign, the other side is attacking Mitt Romney on how he made his money. Likewise, religious fundamentalists continue to hide behind the word of their God or prophet to justify their ends, staining the rest of their religious community. It was heavily in play during the aftermath of September 11, 2001. Many fundamentalists focused their hate on an entire country rather than using the positive aspects of their faith to better themselves.

Furthermore, the racial lines between black, white, yellow, brown, and red still have barriers to break down. For example, there were reports about the race of Rue and Thresh in the film adaptation of Suzanne Collins’s “The Hunger Games.” The author clearly stated the characters were dark-skinned, yet the book readers who watched the film believed they were white.

In addition, Americans tend to project racial stereotypes. For all we know, Rue and Thresh could easily have been Samoan or Hawaiian. Yet, we stay within these racial boundaries. No one chooses to step beyond mudslinging, using their faith to justify what is wrong, and for people to believe that America is “post-racial.” These thoughts we have should cause us to step outside of our comfort zones and look deeper into ourselves to find absolute truths we might not have known.

To step out of these comfort zones, one should examine our relationship to nature, a naturally provided environment without any expectations. The depth in which nature can take us is something to determine personally. To reexamine ourselves, we must be conscious of the strength it provides.

“Studies have shown, for example, that even minimal connection with nature—such as looking at it through a window—can promote the healing of hospitalized patients, can increase health in the workplace, and can reduce the frequency of sickness in prisons.”

We should not be afraid to step back and realize that we are but one part of the global community. This international community fights every day to make the world a better place, to share a cliché, and has done so for many generations. Richard Louv argued that our

“future (is) shaped by an amalgam of converging theories and trends as well as a reconciliation with old truths.”

We should think about the future because there is beauty in the natural world, but we must stop overgeneralizing our lives. We take nature and all of its gifts for granted. It is human nature to hide behind the psychological armor we build through life experiences. It protects us from the pain and horror in the world and exposes us to the good in ways we try to comprehend. But it also behaves as a crutch. We depend on it so much that we fall back on it without realizing if the words we say, or the actions we practice, would affect the Greater Good. Louv’s so-called Nature Principle

“holds that a reconnection to the natural world is fundamental to human health, well-being, spirit, and survival.”

This principle moves hand in hand with disabling or weakening our psychological armor to the point where we can be functional global citizens. To connect to the world more profoundly, we must realize that being selfish is okay. But you should be conscious of your selfishness and learn those nature-based sessions of self-retrospection to help you cope with the madness in the world.

You could even examine this Nature Principle from a psychological argument. Nisbet, Zelenski, and Murphy argue that:

“much of the environmental psychology research examines pro-environmental beliefs, attitudes, or behaviors, rather than investigating potential theoretically underlying individual differences in human–nature relationships.”

It is easy to say that promoting environmental beliefs is good for everybody by simply stating so. But there is also a theoretical component. We actively connect ourselves to others and the Earth, and we have a responsibility to both. Ecological identity is a vital aspect of this. It

With all the newspaper articles and scholarly arguments made for and against climate change, we should be aware of the impact we are making on a day-to-day level. For everything we put into the world, we will get something back, good or bad.

Thoreau wrote in Walden that:

“I learned this, at least, by my experiment; that if one advances confidently in the direction of his dreams, and endeavors to live the life which he has imagined, he will meet with a success unexpected in common hours.”

Life is an uphill struggle. It does not matter what your background is, what color your skin is, or what your financial situation is. Everyone has the opportunity to find a coping strategy hidden within nature. For example, my coping strategy is going to the beach. I do not swim, but I will sit in the sand, listen to the waves pounding against the shore, and clear my mind. I do not bring my cell phone, iPod, or a book. I leave everything behind. How you discover your coping strategy is on a case-by-case basis. It might be different for you, your mother, or your best friend. You should put in the work and find what works for you.

Louv, Richard. “Reconnecting To Nature In The Age Of Technology.” Futurist 45.6

Nisbet, Elizabeth, John Zelenski, and Steven Murphy. “Happiness Is In Our Nature: