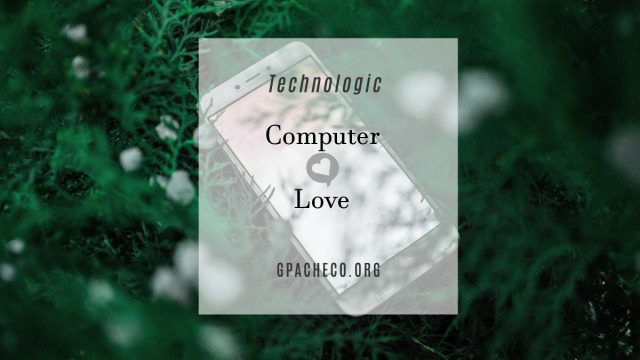 The Internet as we know it today was born on September 2nd, 1959, in a lab at the University of California, Los Angeles. The proliferation of personal computers connected to the Internet became  commonplace in the late 1990s and early 2000s. Connecting to the World Wide Web allowed people to come together, regardless of their geographic location. One of the more unique niches to come out of the propagation of the Internet is online dating. The casual environment of a dating website allows users the leeway to control their love lives.

Online dating is not for everyone. The same issues that may prevent a user from finding a partner in real life may be magnified when displayed online. Problems like these are not indicative of technology. They are characteristic of the users. Online dating can be a harmless experience, or it can be psychologically dangerous, depending on the user.

During the rise of the Internet in the 1990s, every culture that was exposed to cyberspace had preconceived notions to overcome about people who used the Internet. As noted by Valkenberg and Peter,

“several Internet studies conducted in the 1990s found negative correlations between Internet use and social involvement variables, such as introversion and loneliness, whereas more recent studies often report opposite results” (850).

The user-friendly environment of the Internet allowed people to experience camaraderie or abhorrence with other people from societies and cultures they may or may not have been exposed to in previous generations. Cyberspace is merely a forum that connects families across continents, amplifies bad blood between political parties, and allows users to receive real-time reports from the front lines of wars and riots that are occurring thousands of miles away.

As we became more and more comfortable with the Internet in the 2000s and beyond, these preconceived notions changed dramatically. A sea change in opinion is the act of online dating. One can find any dating websites, such as match.com, eharmony.com, or plentyoffish.com. There are themed dating sites, for the self-proclaimed geek, for Christians, and so on. Valkenberg and Peter put forward the theory of social compensation which

“proposes that dating sites will be especially beneficial for individuals high in dating anxiety. The advantages of dating sites, including their easy and continuous accessibility, allow these people to compensate for deficits they often encounter in offline dating” (850).

Another argument they made is the rich-get-richer theory, which

“predicts that the Internet will primarily benefit individuals who are low in dating anxiety, who already have strong dating skills, and who use the Internet as just another strategy to find a partner” (850).

Despite the ultimate goals implied with online dating, these websites share the same basic idea: freedom for their users to pre-screen potential mates in a comfortable, controlled environment.

The social compensation theory has psychological aspects that play a huge part in understanding the argument. When users sign up for dating websites, Pauley and Emmer-Sommer argue that they

“are careful to construct messages that coincide with the prevailing group norms, creating a level of socially desirable, partially anonymous interaction” (415).

Users tend to manipulate marketable words and phrases to attract attention to their profile. Suppose a user feels unimpressed with the looks of a potential partner or is turned off by the biography on their profile. In that case, they can easily ignore them without uncomfortably explaining why they do not wish to continue the interaction, as they would if they had met in a casual environment, like a bar.

Mikyoung, Kyoung-Nan, and Mira offer a further explanation of the social compensation theory when they state that there is a

“concept of the contingency of self-worth, which refers to the domain wherein people’s successes or failures lead to boosting or decreasing personal self-esteem” (448).

The possibility of an online relationship ties into the self-worth practiced by the user. If that person finds that they cannot find a partner in real life, they may or may not be able to control their imperfections online better than if they met that person in an offline environment. Their self-worth may depend upon finding and being accepted by a mate they search for through a dating website.

There have always been stigmas attached to online dating. One of them, as noted by Kang and Hoffman, is that:

“some research has viewed the formation of interpersonal relationships through CMC (computer-mediated communication) negatively. Because this context does not have the same dynamics as face-to-face relationships, meaningful and successful relationships cannot be formed” (206).

However, in the study conducted by Valkenberg and Peter, the reported results showed the significant usage of online dating:

“nearly half of single Internet users (43%) reported having visited a dating site to get a date or to find a romantic partner” (851).

It is worth noting that the Valkenberg and Peter study was conducted in 2007. If this study was redone in the present times, we might be surprised by the results. Cyberspace is constantly fluid. The stigmas the Kang and Hoffman research implied may become obsolete – or reiterated – five years from now.

Another argument against online dating is the insincerity found in the process. Users are encouraged to create anonymous identities online. The freedom to hide behind a screen name allows hidden aspects of our real-life personalities to be laid bare online. Valkenberg and Peter argue one aspect of the rich-get-richer theory reminds us that:

The ease of use provided by online dating websites to screen potential candidates makes it easy for a person confident in themselves to find a partner. If someone cannot find a partner in real life, they may not be able to find one on the World Wide Web either. Dating websites are a means to an end when finding a romantic partner. Failure is possible if you cannot continue the chemistry you felt online with someone if you ended up meeting them in real life.

The racial-ethnic aspect of online dating is especially troubling. Robnett and Feliciano conducted a study that found that:

“among those who state a racial-ethnic preference, whites are far more likely than minorities to prefer to date only within their race. Our analyses of minorities’ racial preferences show that Asians, Blacks, and Latinos are more likely to include whites as possible dates than whites are to include them” (819).

This ties in with the rich-get-richer theory because if a white person purposefully only seeks out partners within their race, they are fully aware of what they want and pursue that intentionally. Mikyoung, Kyoung-Nan, and Mira remind us that:

They are comfortable within their sphere and may be unable to purposefully state that they wish to search outside their race for whatever reasons.

The Internet has slowly but surely changed social conventions in many different ways. On any given day, we see media reports about the depths of depravity that Internet users commit, such as the illegal selling of their children on message boards, teachers sending sexually suggestive text messages to their students via “sexting,” and thieves committing crimes and posting photographic proof on websites such as Facebook. Much like other traditional dating forms, online dating depends upon the user. It magnifies experiences felt in the real world. It cannot be blamed for any of the arguments made against it. Technology will only go as far as we want it to go.