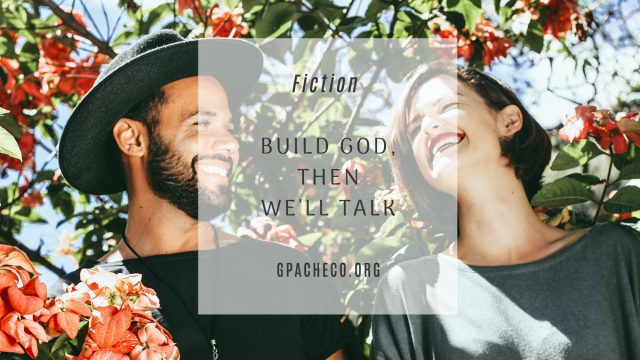 She looked at him pointedly. Then, amidst the fervor of the green room of the Empire Ballroom, he got the hint. Only a few people knew of their love affair – and if the rest of them knew, they played dumb.

They left in their respective tour buses for the budget hotel the record label sprung for them on tour. As always, she got her own room, being a solo artist. She unceremoniously dumped her Gucci valise and oversized messenger bag near the dresser and waited. It was excruciating. Luckily, the feeling was temporary. A soft knock echoed in her ears as the blood rushed to her head.

Opening the door, he stood there, an unmistakable and familiar look of lust in his dark brown eyes. She drank him in, electricity crackling through her skin. She looped her left index finger on his black skinny jeans and walked back into the room, never taking her eyes off of him. He shut the door behind him and allowed her to continue her walk backward.

She sat on the edge of the bed, unzipping his jeans. Their lovemaking was slow, deliberate. She bloomed under his touch as she had so many nights before. He lost himself within her, forgetting who he was, suspending time and space for just a moment.

They lay in each other’s arms on the covers of the bed, wide awake. He wouldn’t stay the night. It would raise too many suspicions.

He ran a hand over hers, enveloping it, squeezing it gently.

“Where do we stand?” he asked gently.

She looked up at him in surprise, willing her post-sex euphoria to remain high. “Why are you asking me this?” she asked, adjusting her head from its comfortable position on his bare shoulder to stare up at him.

He looked down at her gravely. “I need to know.”

“What the fuck for?”

“Don’t pull that childish shit on me.” She sat up like a rocket to stare at him. “What do you want me to say? I want you to leave Lisa for me? Write me a song instead, asshole.” She took his t-shirt and pulled it over her head as she made her way to the bathroom. She locked herself inside and sat on the edge of the tub to pout. She thought he knew where they stood. It was pretty obvious. It was just fucking. Nothing more.

Sighing, he grabbed his boxers, shoving his legs into them, and sat against the cool wooden door. His back was still sweaty from their session together.

“Matilda. Open the door, let’s talk,” he tapped a drumbeat on the door.

“No,” she said haughtily.

“I need my shirt back, you know. They’re gonna wonder where it went if I come back shirtless.”

“Just say you lost it in your walk of shame because that’s what I am to you.”

“No, that’s not what I said, and you don’t mean that. You’re more important to me than that,” he said.

“Am I? Am I really? So why the hell would you ask me such a stupid question?”

“Because I feel like what’s going on between is more than just sleeping together.”

“But I don’t want you to leave Lisa. She’s a great girl, and I don’t mind sharing you at all,” Matilda replied.

“Why do you have to look at it that way?”

“Don’t tell me you love me because I love you, but not that much.”

Talking through the door was being childish and ridiculous, and she knew it. She unlocked the door, and he couldn’t move away fast enough; he tumbled backward and fell at her feet.

“Hi,” he said, squinting from the overhead light.

“Hi back,” she replied, kneeling back down. He adjusted himself, so his head was in her lap. “I’m sorry I locked you out. But it’s just sex. You have a good life. I don’t want you to ruin it because of what we’re doing.”

She leaned over him to block the light from his eyes. “So it’s okay for a guy to be in control of his sexuality and fuck as many girls without thinking twice, stringing them along, and when a girl stands up for her, it’s not okay? It’s something that needs to be questioned? A double standard if I ever saw it.”

He sighed. “That’s not what I meant. You don’t have to be so damn analytical all the time.”

She leaned over and kissed the tip of his nose. “I think I’m beginning to. It’s okay. If you don’t want to see me anymore, that’s fine. I’m not gonna psychoanalyze you, or tell people about us. I went into this knowing I could let you go and not be hurt. So being your little secret is fine with me. I’m really not going to be upset.”

“That’s the thing,” he said, raising himself to the sitting height to look at her face to face. “I dunno if I could.”

She leaned over to kiss him, wrapping her arms around his neck to pull him closer to her. Her kiss was gentle. “You better go,” she said, pulling away to take his shirt off, “they’re gonna start to wonder.”

He nodded and pulled her towards him to hold her tight as if to say goodbye. Instead, she rested her head against his shoulder and held onto him fiercely. They both knew it was goodbye. Touring together on and off for two years made the sexual tension unbearable; six months of sleeping together didn’t make it go away.

The love affair was immortalized in Love Split Mystery’s song “Astral Plane,” one of the last songs recorded for “The Autumn Years” album. It became one of their biggest hits.