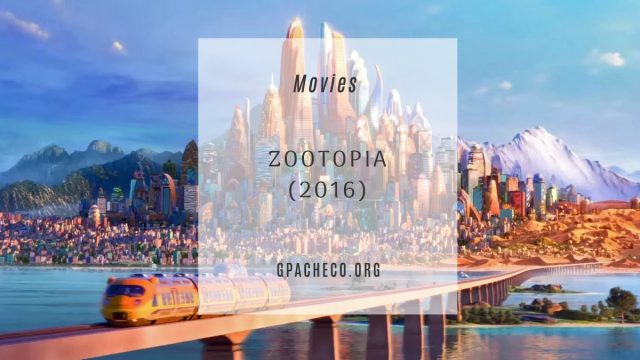 If you’re familiar with the species relations in Chronicles of Narnia: Prince Caspian (movie version) or even Wicked: The Life and Times of the Wicked Witch of the West (book version), it brings up the question: who decides who is savage or not?

The modern mammal metropolis of Zootopia is a city like no other. Comprised of habitat neighborhoods like ritzy Sahara Square and frigid Tundratown, it’s a melting pot where animals from every environment live together—a place where no matter what you are, from the biggest elephant to the smallest shrew, you can be anything.

But when rookie Officer Judy Hopps (voice of Ginnifer Goodwin) arrives, she discovers that being the first bunny on a police force of big, tough animals isn’t so easy.

Determined to prove herself, she jumps at the opportunity to crack a case, even if it means partnering with a fast-talking, scam-artist fox, Nick Wilde (voice of Jason Bateman), to solve the mystery.

summary of the movie

Zootopia is a great talking piece for families. The Black Lives Matter movement is not something that can be explained or digested easily by kids. This movie opens the door to have them ask questions and it’s up to their parents to open up a dialogue.

It was handled well, and not heavy-handed at all. It felt like a Disney movie without being too cheesy. I’m excited that they’re taking this stuff on.

Yeah, I know it’s not some sweeping condemnation of the racial issues in America, but at least they’re trying to get a dialogue going.

I like to believe that Disney is fully cognizant that they have a responsibility to tell the next generation that happily ever afters don’t necessarily exist.

Maybe there are just ever afters and all the baggage that comes with that. We’re allowed to learn the lesson from every story we experience because that story ended where it needed to and where we take it is part of our own personal interpretation and journey.

That is the mark of a good story for me.