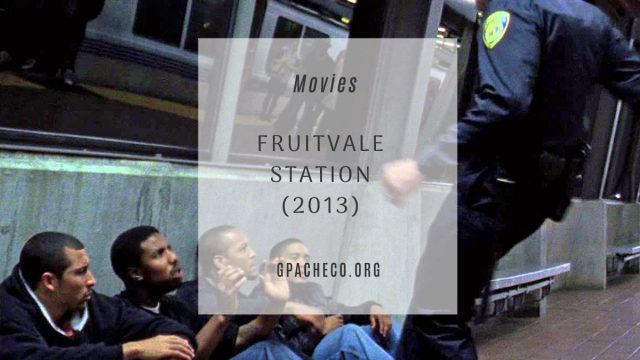 I vividly remember watching the footage of Oscar Grant’s murder on New Year’s Day 2009. Phones were becoming smarter every day. Citizen journalism was on the rise, even if it didn’t have a name then. The videos disturbed me greatly. So I resisted watching this movie until I was better prepared to consume it.

Ryan Coogler – being a Bay Area native – perfectly captures Bay Area culture. Coogler showed the world what it was like growing up in the Bay in subtle ways, not even considering that they filmed on location when and where they could. The dialogue stood out to me in a finite sort of way; the diction was very Bay Area.

Oscar could’ve been a kid I went to school with, another lost soul trying to get straight for his little girl. In fact, he was three years younger than me. That hit close to home.

Seeing him roll with everyone to the City was like watching them in real-time. I could see groups like that anywhere in the Bay, on any given day.

When the people come together on the BART to ring in the New Year, that’s what gave me the biggest smile. That’s what I loved most about living there. You come together when the music’s on, no matter what your path is.

Watching the movie was additionally bittersweet for me. When I attended orientation for my grad program, I lived with my extended family in Alameda. Thus, the closest BART station into the City was – you guessed it – Fruitvale Station.

It was surreal to be there, knowing this happened to him. My life changed for the better, and Oscar never got that chance, even though he was ready to make those moves. That was a sobering thought.

The acting was on point from the whole cast: Michael B. Jordan’s Oscar and Octavia Spencer’s Wanda were standouts, each was beautifully rendered.

Stories like this need to be told. I’m glad Coogler fought to tell Oscar’s story. We’re all the better for it.