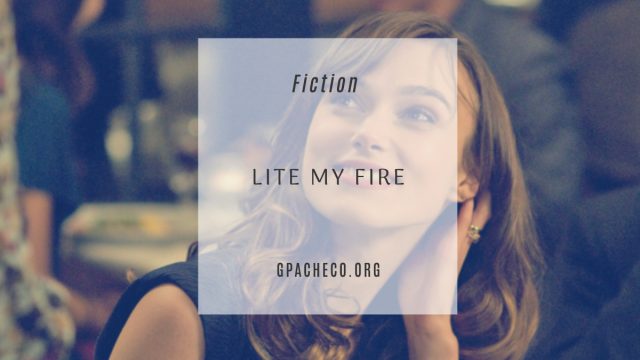 His kisses were hungry, pure, and – above all – honest. Melody Masterson couldn’t imagine anywhere but being in Draco Malfoy’s arms at the moment. The thing was they weren’t officially a couple, in the normal sense. They had joined that new vibe of unattached couples. That was the new hip thing, her Muggle friend Natasha had told Melody in her last letter.

Melody knew it was mainly because Draco didn’t want to be seen in the presence of a Muggle-born, mudbloods, as he called people like her. Her mother was an arty Filipino-American who studied at a university in England, where she met her father, an Englishman, on the underground. Mel didn’t look Oriental, so she blended easily into her English schools.

When she began showing signs of wizarding blood right from the get-go, her father came clean. Previously, he had never told her mother of his pureblood wizarding bloodline. Her mother reacted positively to it, wanting to fill Melody’s little head with every wizarding book she could find so that when the time came, she’d be ready for her destiny.

The Sorting Hat put her in Ravenclaw at Hogwarts School for Witchcraft and Wizardry and within months of her arrival, she found herself attracted to the most outspoken member of the school’s underground anti-Mudblood movement, Draco Malfoy. It took them a while to come to terms with their primal attraction to each other. But once they realized this was the kind of love you couldn’t deprive yourself of, they were inseparable. Behind closed doors, anyways.

Draco’s hands were exploring her stomach and slid easily under her shirt. Melody froze. Harmless make-out sessions were okay in her book, but more than that?

“Draco…” she said pulling away.

“What?” he said, his drawl almost sounding annoyed.

“I don’t know if we should do this,” she began timidly.

“You don’t love me?” he asked, his gray eyes blinking innocently.

“No, I do. At least I think I do,” Melody replied, her eyes trying to move away from his questioning ones.

Draco was peeved that this was going to end right here. He had spent all this time with a Mudblood and he wasn’t going to get any? But he would back down if she wanted him to stop. This was another part of himself that he had to hide. Had he been born a Mudblood like Mel, he would shout to the top of the mountains that he was madly in love with her. But he couldn’t. And he wouldn’t.

So he hid behind that snobby demeanor he was so infamous for. It had protected him this far. But he wondered if he should concede, step back from this, wait until she was ready. But he knew that she was ready for more than kissing, even if she wasn’t saying it. She laughs at his jokes, her body language, her wanting to touch him for no reason when they talked… this told him that she wanted him more than anything.

His thoughts wandered briefly to his stepbrother Julian. Julian had once brought a girl home when their parents were gone and Draco shamelessly spied on them from a crack in the bedroom door. Julian was smooth-talking, making the girl drink some of Lucius Malfoy’s rare champagne, spiked with a love potion he had found a few days before in the library. Draco knew that he was acting like Julian and it made him feel ashamed for pushing Mel into something she didn’t want to do.

Draco held onto her, his hands wrapped around her waist. “Maybe a change of scenery would make you feel better?” he asked.

Melody giggled. They met whenever Draco felt like talking to her and always found her in the greenhouse on the Hogwarts grounds. Mel spent most of her free time tending to a dancing rose bush that her father had sent her for her birthday. When they were full-grown and you put on music, the roses would dance for you.

“Maybe. But where can we go?” she asked.

Draco’s eyes cast around for inspiration, still not letting go of her hips. “Our dorms are out of the question.” Melody nodded immediately.

“The Three Broomsticks?” she ventured.

Draco shook his head. “D’you think Madam Rosmerta will rent out a room to us?” he asked slightly sarcastic.

“I can rent the room and then you can follow me!” she said, not thinking it through.

“Yeah. She’ll rent out a room to a sixth year at Hogwarts during school hours,” Draco sneered coldly.

Melody nodded and wrapped her arms around her neck when suddenly it hit her.

Draco looked down at her in surprise. This girl was wily. “Are you serious?”

“Yeah, I wouldn’t have said it unless I meant it,” Melody said, her hazel eyes clouding over in happiness.

Draco thought about it more. “We can meet during dinner tonight. I know a house-elf in the kitchens who owes me a favor. They can spike Hagrid’s food or something, giving us enough time…”

“Perfect,” he echoed, a darkness coming over his eyes that Melody couldn’t see.

Later that night, Draco and Melody feigned headaches to everyone in their dorm. The Slytherin and Ravenclaw houses left without questioning it. With the whole school partaking in a fabulous dinner in the Great Hall, they each slipped out of their respective dorms and made their way to Hagrid’s hut separately. Melody was there first and used the back door as Draco suggested. Fang, Hagrid’s boarhound, was happy that he had visitors, as Hagrid had left only five minutes before.

Draco knocked on the back door and slipped in. Within seconds, he was engulfed in Melody’s love, kissing her, exploring her body further. She had shrugged off her cloak and it was sitting on Hagrid’s table. In a rush, they peeled off their clothes and couldn’t even enjoy each other’s naked bodies because Draco had guided Melody to the bed, where he pinned her down. They had already forgotten Fang was there and upon seeing the shedding of the clothes, set himself up in front of the fire, his back turned to them.

Melody grinned as Draco kissed his way down her chest, her back flat against the furry bedspread that Hagrid had on his bed. They didn’t talk, they only loved. It was silent save for their rapid breathing and the crackling of the dying fire. Draco’s thrusts were slow at first, gaining speed until finally, he came. Draco sank down on the large bed next to her. Melody was let down, as she expected their lovemaking to take longer than ten minutes.

“How do you feel?” he whispered softly from beside her. His perfect white-blonde hair was tousled from the exertion.

“Great,” she lied through her teeth. Melody had barely broken a sweat, and instinctively tucked a stray strand of brown blonde hair behind her left ear.

Suddenly, the unmistakable, off-tune singing and whistling of their Care of Magical Creatures teacher invaded their eardrums.

“Hagrid!” Melody cried torturedly, leaping up from the bed. Immediately she dove for her clothes and haphazardly tried to put them on.

“La la la,” Hagrid’s drunken voice, came upon his front door. Melody and Draco froze. In one fell swoop, Draco grabbed her arm and dove for the shadows near the back of the cramped little hut, barely big enough for them both. But he only hoped Hagrid wouldn’t notice.

“La la-la-la,” he continued, off-key, not really singing a particular song. “Helooo ol’ boy,” he greeted Fang. Fang obediently stood up from his comfortable place in front of the fire and took his pats from his master.

“Wha’ say we go ou’ ta the lake, Fang? It’ too nice a nigh’ to be locke’ up inside!” he said too cheerfully, his tankard slipping slightly in his hand as he waved towards the lake out the still-open door. He tipsily placed it on the table and looked around his hut, probably searching for matches to revive the fire.

Her unmistakable Hogwarts cloak with the Ravenclaw badge sewn onto it was sitting innocently at Hagrid’s table, inches away from where he was standing. Draco’s eyes registered fear. They were going to be found out. It was all over.

But Hagrid never saw it. Instead of making his way to the lake as he suggested, Hagrid conked out on his bed, dust flying out from his impromptu flop. The bed was moist from Draco and Melody’s liaison minutes before. Melody made a move to leave, but Draco held her back for a second.

Hagrid shuffled in his sleep, dead to the world. Draco held a finger to his lips and they dressed as quietly as they could. Melody tiptoed towards her cloak and in a mad dash, they ran from Hagrid’s hut and didn’t look back until they were safely back in the castle.

“I can’t believe we did that,” Melody heaved, clutching the stitch in her side.

But before Draco could reply, the doors to the Great Hall opened and students began spilling out. Dinner was over.

Melody smiled and kissed him quickly on the lips. “See you,” she said softly, touching his face before tearing away to beat her house back to their dorms.

Draco smiled and adjusted his own Slytherin cloak, breezily catching the eye of Crabbe and Goyle, who looked as though they were lost without him.

“Draco!” they called across the hall, shoving away a few second years to meet up with him.

“Pansy said you were sick,” Goyle said, stringing together the first full sentence Draco had ever heard him utter.

“Said you were laid up in bed,” Crabbe added.

“Yeah, well, it went away. Needed a bit of walk,” he said, slicking back his white-blonde hair with a flick of his hand.

Draco lazily made his way back to Slytherin’s dorms, laughing and joking and talking about Potty and the Weasel’s latest screw-up in the Great Hall with his friends.

Unbeknownst to him, a lone female figure appeared from the shadows. It was Pansy Parkinson. She had seen the kiss between Draco and Melody, a Mudblood from Ravenclaw as far as her limited knowledge of people outside of her own house was.

Pansy could feel her blood boiling. She would find out why the Mudblood and her own precious Draco were doing. No matter how long it took, how many people she had to curse, Pansy would find out.

It is absurd to divide people into good and bad. People are either charming or tedious. Oscar Wilde