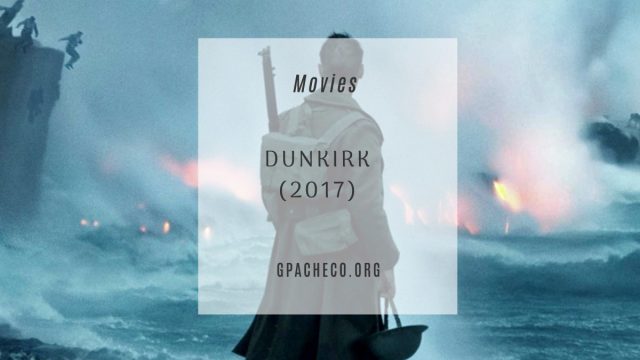 This side of Nolan was refreshing. I feel like his big blockbusters were the first rounds to the main event. Nolan said in the marketing junkets for this movie that this was his dream project for many years. But he felt he wasn’t professionally ready to. I’m glad he knew his limitations because a first-time director could’ve fucked it up.

Rather than focusing on people who were there, he took a safer route in storytelling by focusing on three interconnected threads based on land, sea, and air while using minimal dialogue.

Sometimes when you make a picture about a historical event that historians have picked apart, and the public knows so well, artistic license is a hard sell. You may want to oversell it with dialogue or cramming in romantic relationships, and Nolan doesn’t do that with this movie.

His use of unknown actors was straight out of the silent film era, which he said influenced his approach to the film. For example, he gets mad close when the enemy is zooming towards them. So you feel claustrophobic alongside these baby-faced soldiers who can hear shit is about to go down, but they don’t know where it’s coming from too.

That was my favorite part. My father served in the Vietnam conflict and told me you could hear the missiles coming, but you never knew from where or where they were going to land. But you knew instinctively to take cover. I think Nolan nailed it, and hearing doom overhead was a masterful craft choice.

Speaking of sound, I feel like the soundtrack was off-putting. I can’t explain it even after reading the press published when I saw the movie and chewing on why it annoyed me for a few days. Usually, when a film relies on having no dialogue to create action for the atmosphere, you must fill in the blanks as a moviegoer.

Nolan didn’t give me that chance because he and Hans Zimmer used Nolan’s pocket watch to create tension. You’ll hear it and go, I’m supposed to be scared now, so I felt it took me out of the experience slightly. I don’t want someone holding my hand, commanding that I think a certain way. I want to come to that conclusion for myself.

My knee-jerk capsule review from Instagram remains the same: Dunkirk was a great picture. It may become the definitive movie version of the battle. I hope it does because the cast and crew put a lot of heart and soul into the movie. You can see it from the direction, the script, and the acting.