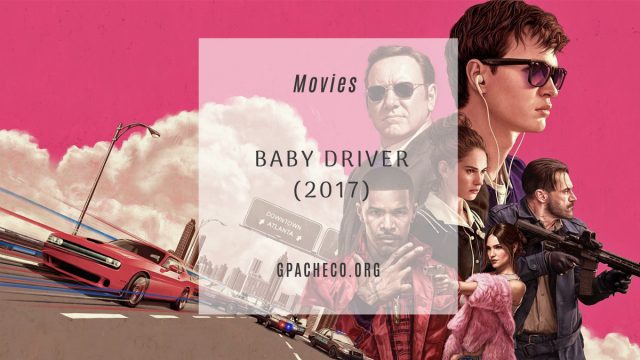 All you need is one killer track.

Baby Driver was a beautiful film. However, I felt emotionally satisfied leaving the theater.

If you haven’t seen Scott Pilgrim vs. the World (paid link), Hot Fuzz (paid link), or Shaun of the Dead (paid link), you’ll enjoy this movie for what it is. But there are hallmarks of Wright’s filmmaking that stand out, and fans of his will notice right away.

The opening scene of Baby getting the coffees was beat-for-beat the same as Shaun‘s opening. The pop culture-centric soundtrack. And although it shares the same pace and visual techniques that Wright is known for, it had this crisp Atlanta sheen. It was refreshing how Wright’s movies embrace their environment.

I’ve always enjoyed how Wright will slow down a scene as needed. It’s all very high energy, and cylinders are firing all over the place, especially in the settings where they’re discussing the next heist. But then, it slows down when it needs to without losing the pace. This opinion is particularly genuine with the development of Baby and Debora’s relationship from their meet-cute to whatever end you think they deserve. I like how ambiguous that ending was.

That said, I thought the relationship between Baby and Debora felt a little rushed? Which works for the movie because she became one of the reasons why he wanted to go straight. But I don’t know. It felt odd to me. She pours her heart out to Baby when we first meet her. Maybe they established that he comes in a lot. I may have missed that. If so, wouldn’t she know of him, even in passing if she’d been working there a long time?

I guess I’m used to deep-seated relationships in Wright’s movies. A hallmark. Somehow, everybody knows everybody before we meet them in the film (Scott/Envy). They’re all connected, whether they’ve dated (Ramona and her exes) or known each other since university (Shaun/Ed/Pete). No double lives are being led. One crisp line of dialogue and you know how far back their relationship goes, and how much it sucks, and you get whatever Wright’s selling you as the scene plays out.

And that’s the only criticism I have. Every performance was on point: Kevin Spacey as Doc, Jon Hamm as Buddy, Eiza González as Darling, and Jamie Foxx as Bats. Even Jon Bernthal’s cameo as Griff was great. Brogan Hall as Samm was a welcome respite from the tension in the movie.

If this movie isn’t nominated for Best Sound Editing, there’s no justice in the world. Everything is set to music, even the firing of the guns. I don’t think anyone has ever done that before. But, then, when you think you can’t innovate the way movies are made, someone like Wright comes around and is like, “yo, I gotchu fam.”

This movie is an excellent addition to the canon of heist films. It’s fun; it’s got a heart; it’s action-packed. It’s a great summer movie.

You really need to know a person, inside and out, to be in love with them. If you're filling in blanks, it's likely infatuation. Anonymous