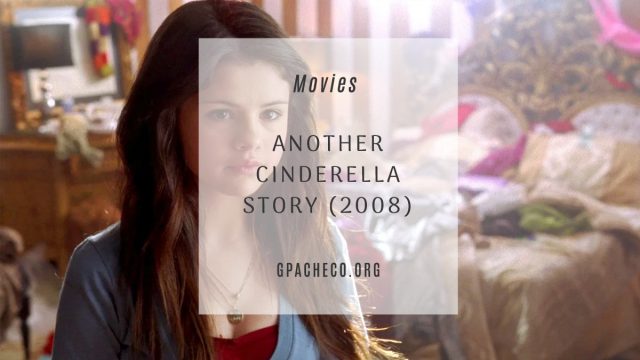 At 26, Drew Seeley is too old to be playing high school characters. Guess that comes with the territory of being signed to Disney, being Zac Efron’s singing voice in the first High School Musical (paid link), and releasing your songs on every Disney soundtrack imaginable.

Their disparity in ages kind of freaked me out as I was watching.

I also wasn’t quite sure what Joey Prince was famous for. A singer? A dancer? Both? Everyone knows that child stars don’t last long, particularly in the music business.

He was only a senior in high school. So if you watch the movie, you will have to suspend your disbelief, especially if you know the ins and outs of Hollywood.

Jane Lynch as the (adoptive) wicked stepmother was a hoot. Personally, I think she was overdoing it a bit, but Dominique is an overbearing character.

So if you like a bit of silly fluff – with overtones of every teen dancing movie before it (watch for the epic dance “battle” between Mary and Joey at the end of the movie) – I’d recommend it.