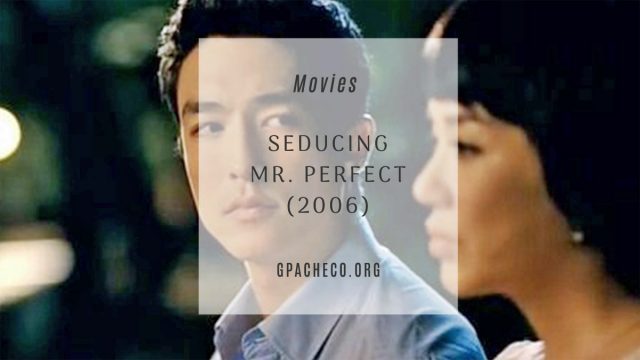 I’m not going to lie. The only reason I watched this movie was that Daniel Henney was the male lead in the film.

The film was spoken primarily in Korean, with Henney speaking in English. However, the copy I watched was in English.

His chemistry with Uhm Jung-hwa (Min-Joon) was utterly believable. However, I also think his acting was difficult to stomach because his character was a bastard—a bastard with a heart.

His first conversations with Min-Joon were so biting and rude. I kept thinking that if my boss talked to me like that, I’d slap him!

But that’s what separates Min-Joon from me. She wears her heart on her sleeve (I threw mine to the sky), while Robin Heiden (Daniel Henney) keeps his closed off for a reason.

The story is definitely on par with a romantic comedy that we know in America and the U.K., but they deviated from the formula considerably. I’m glad they did. It was refreshing to see a foreign language film do that.

You can pretty much make a checklist for “things that had appeared in romcoms from the beginning” and knock them off when you’re watching them, i.e., Bridget Jones’s Diary, When You Were Sleeping, and She’s All That. Formulaic would be an understatement.

The final scene reminded me of something I learned in my Business Writing class. English is the dominant language used in business transactions.

One character spoke fluent English, one character was Japanese, and the other was Korean. The ones for whom English was not the first language were struggling, but how cool to see it used in that way.

All in all, this was a good movie.

If I ever start talking to you about my 'craft', my 'instrument', you have permission to shoot me. Drew Barrymore (on acting)