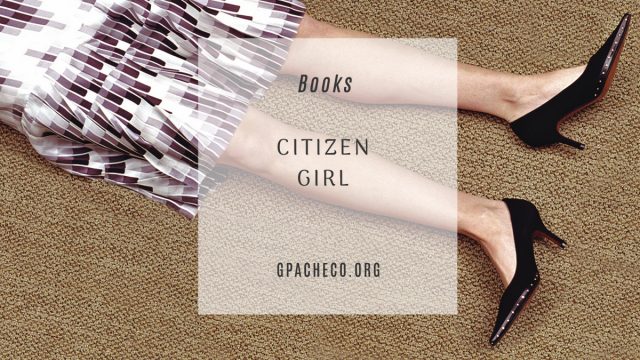 This book chronicles the working escapades of Girl – unnamed because I am assuming the authors want us to know that she could be anybody, i.e., you and me.

We follow her after graduation from college, subsisting in the Big Apple, and falling into the unemployed life predestined for us liberal arts geeks. We meet her loopy, left-wing family briefly and then follow her attempts to attain a job that would not impugn her ideals.

While the storytelling was fast-paced, it was maybe a little too much so. The authors sacrifice entire blocks of time to the delivery speed of the novel; however, this is Girl’s story, so it’s a nod to how she sees things differently from others.

I stopped to think of my own experience in the corporate world as well, and it truly is this way. Everything moves fast or slow. Almost always, something is never explicitly stated; we have to take what they don’t say to be the truth.

After meeting Guy at a networking event, she lands a job at My Company, Inc. Of course; she’s unsure of the expectations of the role. Still, she dives in with some difficulty, relying on her already acquired knowledge to help My Company by wooing Ms. magazine and later, Bovary, a lingerie company.

And before she can turn around or even make sense of what she’s doing, she’s made Vice-President. I thought that was sort of random. Her ballsiness is what got her hired, and the expectation was to give a feminist slant to My Company Inc’s end goal. It’s not even clear to her or the readers what their end goal is until the third half of the book.

Furthermore, this book reinforces the idea that we should never meet our heroes. Julia Gilman’s character arc starts well. Girl needs a mentor, someone unbiased to guide her because Guy certainly isn’t until the third half of the book, where you go, “Really Julia? Really?” Money is everything, and Julia – let alone My Company Inc – drives that home.

I’m not going to discuss the naming scheme given to certain characters. They’re pretty obvious, and people talk about it in all the other reviews.

The moral of this story is that feminist liberal arts majors have no business in the corporate environment. I enjoyed the book but felt something was missing.

Education is an admirable thing, but it is well to remember from time to time that nothing that is worth knowing can be taught. Oscar Wilde