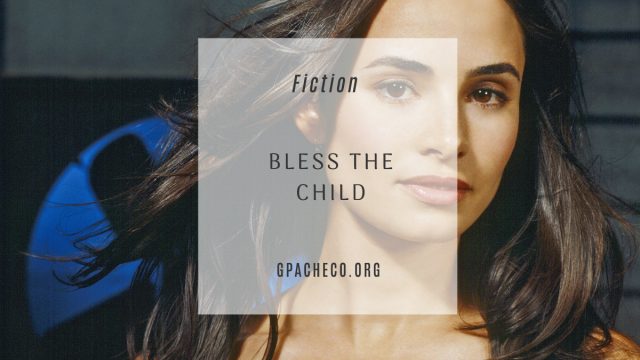 “I have to do this,” William Vaughn told his partner Brill resolutely.

“Bill, you’re out of your fucking mind. So you’re going to kidnap a child from the KGB?”

“Yes.” Bill was wringing his hands, pacing the floor, in the CIA safe house. “Everything is in place. And the girl that I’m taking from them, they’re doing terrible things. A child shouldn’t be subjected to whatever the KGB is doing to her.”

Brill grabbed his arm and glared into his friend’s eyes. “If they find out, CIA or KGB, your career could end. Your life could, for God’s sake. You couldn’t leave Michael behind, could you?”

Bill paused momentarily, softening at the thought. His only son was a young boy himself. He would do the same thing if Michael were subjected to KGB experiments. It was the right thing to do. Vaughn believed in the Greater Good and everything that went along with it. Rambaldi had taught him that much.

“You’re not gonna report me, are you?”

Brill eased his grip on Vaughn’s arm. “No. But if anything happens to you, I can’t back you up. You understand that, right? So it’s not just your career on the line, it’ll be mine, and I can’t afford that.”

“Yes. I’ll be back in forty-eight hours. I promise.”

Bill made a move to the door before Brill’s voice stopped him again.

“It’s Rambaldi, isn’t it.” It was a statement, not a question.

Bill couldn’t turn to look at him. “No.”

“Vaughn, don’t lie to me. We’ve been through too much. I know you. Just tell me. Is it because of Rambaldi or not?”

Bill cast a dark gaze over his shoulder. “Yes.”

Brill shook his head. “It’s not worth dying over some dead prophet’s words. You’re smarter than this, Bill.” He sighed, knowing what he was going to say next. “Don’t go. Think about Michael!”

But it set Vaughn’s mind. He adjusted the small traveling pack on his back and left without another word.

Infiltration of Novgorod 21, the KGB compound, was not easy. They had guards pacing the perimeter every fifteen seconds. Vaughn’s skin crawled at the sight of the KGB uniforms when an idea popped into his head. Hiding in the shadows of the harsh lamp light overhead, he removed a tranquilizer gun and aimed at the neck of the latest patrolling KGB officer. He fell to the floor in a heap, and Vaughn dragged him into the shadows, quickly changing uniforms with the man.

“Thank you, comrade,” Vaughn muttered under his breath in Russian as he picked up the sedated guard’s weapon and entered the facility.

“Hello,” called another KGB uniform. A major by the medals on his chest.

“Hello,” said the short Asian-looking doctor in an almost offhand way. He was used to the KGB guards making sporadic stops to check up on him and his work. The doctor monitored the child’s progress in the room, walled off with glass that separated the child from the rest of the room. Someone had set up a crude video camera overlooking the child.

It was too much. Every scribble the child made his heartbreak with the lightness of the girl’s tiny hand. Thinking fast, he subdued the guard that was watching over them and the doctor as well. Vaughn made his way to the child’s side in seconds. Untying the binding, he watched as the child left the trance she was in and began to speak broken English.

“Help me,” she said, tears quickly forming in her brown eyes.

“I’m going to,” Vaughn replied, picking her up in his arms and spiriting her away into the night.

His handler, Jack Bristow, ordered that he put the girl named Nadia Santos into an orphanage run by Rambaldi followers.

Vaughn explained who he was in his Americanized Spanish, leaning heavily on the French verbs and nouns his wife Amelie used in their day-to-day conversations. He told them who the child was, and the orphanage owners accepted the girl immediately promising to guard her until she turned eighteen.

As he had promised Brill, forty-eight hours later, William Vaughn landed at LAX in one piece, not to banners and fireworks and ticker-tape parades, like a war hero would.

Anonymity was part of the spy life, as he had come to accept. But he slept easily that night knowing that Nadia Santos would be in good hands, protected from the one person who wished nothing but harm on her: her mother, Irina Derevko.