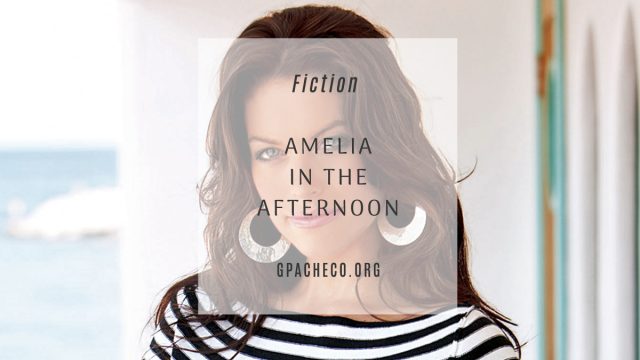 “This mission is a unique one,” Sloane began. “Khasinau’s men, including Sark, more than 36 hours ago kidnapped Amelia Christophe. Her father specifically requested that SD-6 extract her from her current location, a warehouse.”

A young woman’s photograph and dossier appeared on the TV screens in the briefing room.

“Amelia Christophe? Isn’t she the heir to a huge software company or something?” Sydney asked.

“Why did Mr. Christophe ask for our help?” Dixon asked.

“Mr. Christophe is an old friend of mine and knew that I had the resources to rescue his daughter quietly. Christophe has asked us to be subtle at all costs. And to answer your question, Sydney, Miss Christophe is not an heiress. She is an agent for SD-9,” Sloane replied.

“Where is she now?” Sydney asked.

“Switzerland. We pinpointed her exact location using the GPS apparatus embedded in the diamond earrings she always wears. Our contacts in Switzerland have informed us that the warehouse is plastered with the name Williford Chocolate Incorporated, as evidenced by these photos,” Sloane told them, showing the photos. “You’ll leave as soon as possible.”

Sydney passed by her father on the way out. “I heard about your latest mission. Good luck,” Jack Bristow told his daughter stiffly.

“Thanks. I’ll see you when I get back,” Sydney replied.

As she walked away, Jack hesitated briefly. Amelia Christophe was essential to him in more ways than one. Jack was sure Sloane hadn’t warned either his daughter or her partner about how special she was. So instead, he let Sydney walk away to find out on her own.

“Is this the place?” Sydney asked Dixon as they pulled up in an unmarked van.

“Don’t forget the code,” Dixon reminded her as Sydney hopped out of the van.

Sydney grinned at him. “How could I forget?” she replied. Infiltrating the warehouse was no problem. Using Amelia’s satellite receiver earrings as a guide, Sydney had to walk up several flights of stairs. Then, stealthily, she made it to the only closed room on that whole floor.

“Dixon? Is this the one?” she whispered into the radio.

“Yes. But Syd, there’s something on the door,” he warned her.

“I’m on it.” Using a bomb detector hidden in a watch that Marshall had given her, she discovered several blocks of C-4 wired to the doorknob. Syd looked around.

“Is there any other way to get in?” Sydney asked her partner. Then she looked up. “Scratch that. I’m going up.”

Punching a glass window at the end of the hallway, shimmying up the outside wall, was easy. “Dixon?” How important is this girl?” Sydney asked.

“If Sloane says she’s important, then she is,” Dixon replied, monitoring her progress and the heat signatures in the building from his vantage point in the van.

“Nothing. I was going to say that there is no security in this warehouse! Are you sure this is the right one?” Sydney asked.

Breaking an air vent on the rooftop, Syd rappelled into the room. Bound, bruised, and gagged, Amelia Christophe was sitting in a chair with her eyes closed. Safely in the shadows, Sydney began to sing a lullaby.

Amelia reacted to the code words that Dixon had reminded Sydney about. Amelia would not respond to anything but those words. As Sydney stepped out from the shadows, Amelia began to weep. Removing the gag, Syd smiled at the girl, inspecting the C-4 setup.

Syd’s face registered surprise. “How do you know my name?” she asked.

“No time. Don’t touch that!” Amelia exclaimed as Sydney reached for the explosives that were attached to her chair. “I’m surprised my father sent someone to rescue me,” she added. “Which division are you from?”

Sydney was slightly taken aback about what this woman knew. “SD-6,” she replied.

“Oh… that’s right. I should’ve remembered,” Amelia replied. “The C-4 will go off if I leave this chair. Those wires there are designed to detonate if the scale over there moves two or three pounds either way,” Amelia explained. Sydney silently watched as Christophe explained everything to her.

“They check up on me every fifteen minutes. So you have less than, I’d say, 7 minutes to figure out what is in this warehouse that weighs the same as me or how to disable the C-4.” Sydney examined the setup again. The C-4 she and Vaughn disabled when McKenas Cole and his men took over SD-6 was positively primitive compared to the design attached to Amelia.

“Sydney? Talk to me; what’s going on in there?” Dixon asked.

“Amelia’s chair is wired to explosives that are rigged to detonate if she leaves the chair,” Syd reported, sighing. “We have less than three minutes to figure out what weighs the same as her,” she finished up.

“Good luck,” Dixon said. Sydney rushed around the almost empty factory and came up with a one hundred thirty-pound tin canister of flour. She didn’t see the cameras watching her intently.

“One… two…” Sydney and Amelia said in unison. “Three!” Amelia leaped off the chair in one deft move, and Sydney placed the flour tin on the chair. Instinctively, both Amelia and Sydney dove for cover as the scale readjusted. Nothing happened.

Back in Los Angeles, Amelia was debriefed just in case. Then, SD-6’s doctors tended her wounds and led her to a room where she could recuperate.

“What happens to Miss Christophe now?” Dixon asked. He and Sydney were sitting in Sloane’s office, receiving a debrief.

“Her father has been notified of her situation and is on his way here as we speak,” Sloane reported.

“But,” Sloane began. “Alain is considering transferring her to SD-6 permanently.”

Syd and Dixon glanced at each other. “She wouldn’t be a full-time ops agent as you both are, but she would be used to replace one or the other on varying missions at my discretion,” Sloane explained. “Whatever decision Mr. Christophe makes will have his daughter’s best interests at heart,” he finished up, looking at Sydney pointedly. It made her skin crawl.

Amelia was lying on a cot in the quietly monitored recuperation room, trying to recollect her thoughts about the mission that had gone well. Then, suddenly, the door opened, and a shadow fell on her.

“You look… well,” he said politely.

“I must look better than how I feel because I feel like crap,” she replied brightly. “I met Sydney,” she added.

“I know,” Jack said, sitting on the cot beside her. He sighed.

“How did Sark find you?” Jack asked her.

“I don’t know. I thought it was the only safe place I could find that I was sure Sark didn’t know about,” Amelia replied.

“You should’ve made sure he didn’t follow you,” Bristow accused her.

“Dammit, Jack! Don’t you think I know that? Do you know how many times I mentally beat myself up over it? How many times I replayed that scene, seeing him burst into my father’s home and kidnap me?” Amelia shot back. She sighed, and her shoulders sank sadly.

Jack looked up at the camera set up in the room and nodded. Then, cautiously, he placed his hand on hers. Silently, she watched as he turned her hand palm side up. Their palms sat quietly on top of each other in a sad embrace. Amelia looked up at Jack earnestly, her eyes asking all the questions her voice couldn’t.

“Security Section is giving me two minutes,” he whispered lowly. The sexual tension between them was highly excruciating. In a zeal, Jack and Amelia’s lips met in a desperate kiss. Fervently, Amelia clung to Jack, crying as she had never cried before. He pulled away to look deeply into her eyes. This time, his eyes were asking the questions.